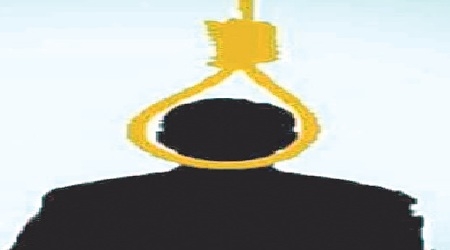 A youth allegedly committed suicide by hanging himself from the ceiling at his rented house in Azad Nagar on Thursday. He had dropped his mother at bus stand and took the step after returning home.  According to police, Krishnapuri Colony resident Santosh’s body was found hanging by one of his neighbours who informed police. The police sent the body for autopsy and started investigation.

During investigation, it was found that Santosh who was from Mandla lived in a rented houses. His mother came to meet him few days ago. On Thursday, he went to drop his mother at bus stand and hanged self after reaching home from there.  The incident was discovered when her mother made a phone call to a neighbour and told him to talk to Santosh. Neighbour reached there when he found Santosh’s body hanging.  Police said no suicide note was recovered from spot, so the reason behind his suicide could not be established.