Indore: Singh on a Song… out to save nature 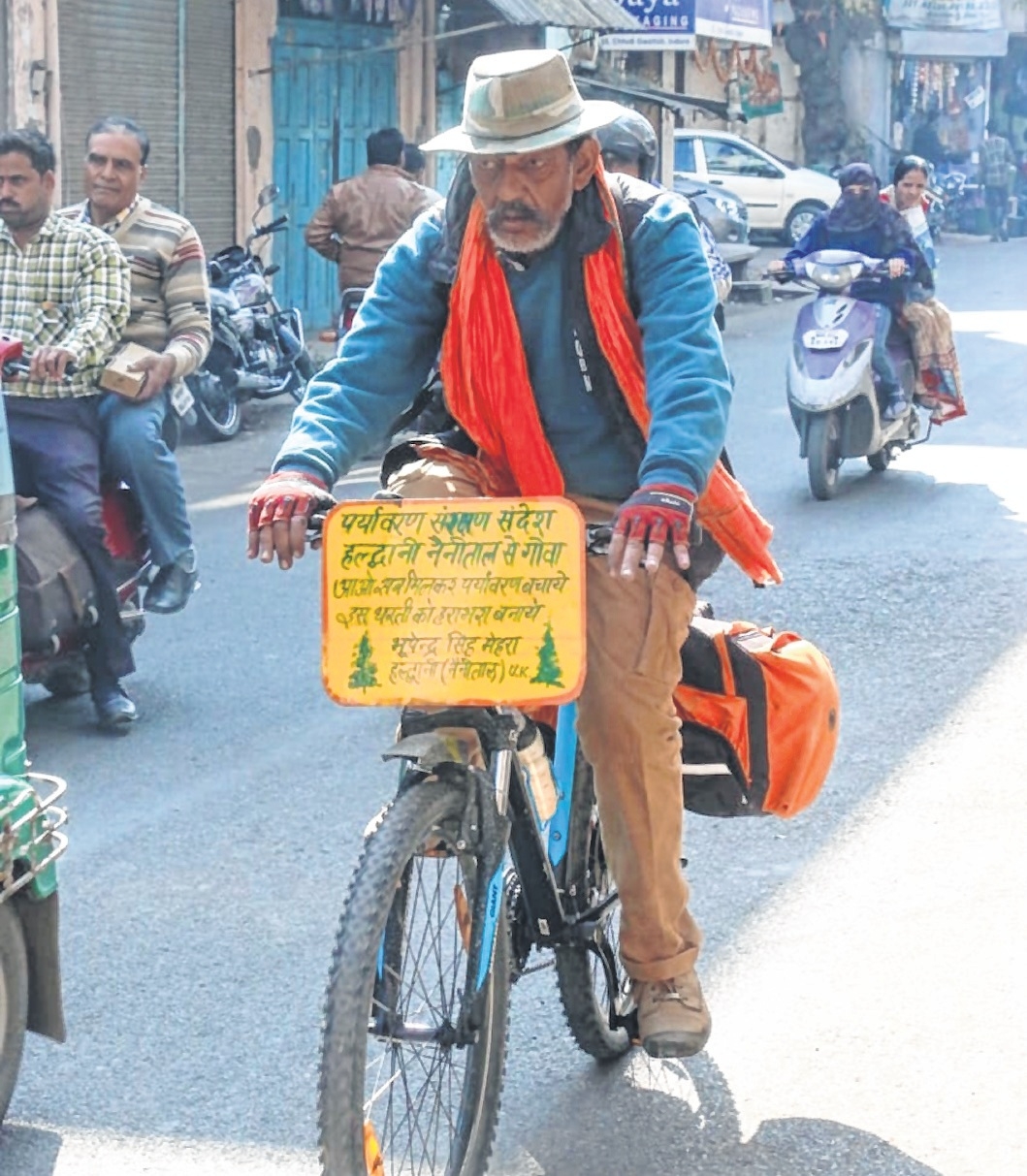 Indore: At an age where most people plan their retirement or post-retirement endeavours, 58-year-old Bhupendra Singh Mahara of Haldwani city in Uttrakhand has covered more than 80,000 km touring across India on his bicycle. Bhupendra Singh’s reason for being on the road is indeed unique as he is spreading message of saving the environment for future generations. On Monday, Singh took a daylong halt in Indore to rest during his ongoing tour which started from Haldwani on November 30 and will end at Goa.

Before reaching Indore, Singh also visited a school in Biaora and increased awareness about environment conservation among school students. The driving factor behind his cycling expedition was the 2013 flash floods that destroyed the ecosystem of Kedarnath and claimed over 5,000 lives. After the flash floods Singh decided to pedal his way to many states to propagate a message to conserve nature before it’s too late.

He highlights some key issues including the uncontrolled construction along river banks, encroachments in forests and degradation of wildlife habitats during his meet with people during his tour. After reading newspapers and interacting with my friends, I realised importance of environment, Singh said. “With whatever resources I had, I started this journey to conserve the environment and spread the word among common people.

I also have a facebook page named support “Pahad ka Ek Jivat Cycle Sawar” Bhupendra Singh Mahara”, Singh added. After realising the importance of environment Singh’s first expedition started in 2013 when he travelled from Haldwani to Mumbai. “I have completed eight such tours across regions of north-central-west India and will do many more. We all have to look towards what we are leaving for the future generations. It is easy to construct a road and ride luxurious vehicles, but it is very difficult to grow a single tree. Everyone should contribute their bit for conserving our environment”, Bhupendra Singh said.