Indore: Passport office in city to be operational from January 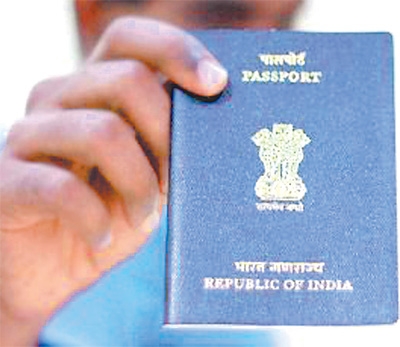 Indore: The much awaited Passport Service Centre (PSC) will be operational from next month. Furnishing of the PSC is on final stage. The facility would help passport aspirants of 16 districts of Indore and Ujjain division.

The PSC is being set up on the first floor of new IDA building at Anandvan, Scheme No 140 near Pipliyahana. The centre would be set-up at 983 sq meter area. Owing to increasing number of overseas passengers from city, ministry of external affairs has given approval to open PSC in the city. Following this, the process of separation of 16 of the region from Regional Passport Office (RPO) Bhopal was initiated.

Marthe recently visited the city and had interaction with officials of IDA and inspected the furnishing work going on at PSC. The PSC is will be ready by second week of January.

RPO will depute an assistant passport officer and other staff. Over 300 passports would be prepared daily at the new facility and will be delivered in 15 days to the applicants. Police verification of such candidates would be done after delivering the passport.

On June 30 this year Ministry of External Affairs and IDA signed a MoU for setting up of PSC at 983 sq metre area of Anandvan building of the IDA. IDA chairman Shankar Lalwani handed over the possession letter to additional secretary of MEA DM Mulay. Estate manager of IDA Anil Agrawal and Regional Passport Officer, Bhopal Manoj Kumar Roy signed the MoU for the centre.

“Over 60% furnishing work of PSC is completed and centre will be ready by the second week of January. We have already sent request to ministry of external affairs to set date for its inauguration.”