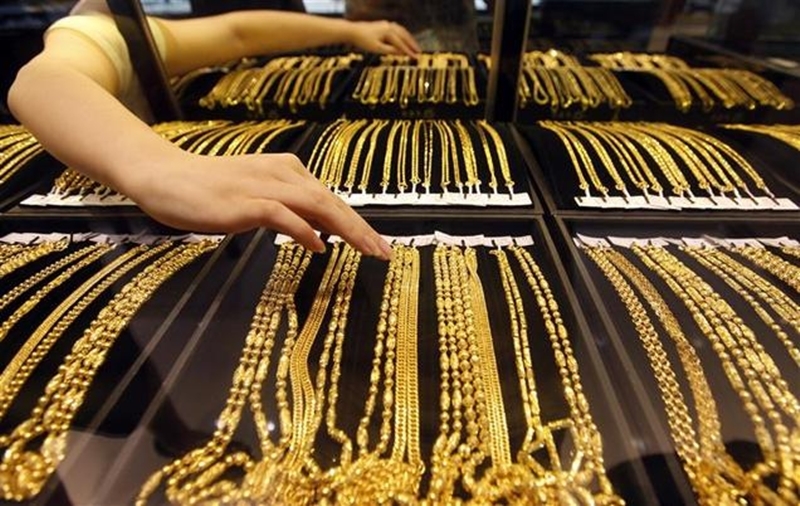 Indore : Gold ornaments, estimated at Rs 90 lakh of worth, was found in the bank lockers of retired additional collector Anand Jain, which were opened on Tuesday by the Lokayukta police investigation team.

Two days after raiding his properties in and around city, Lokayukta police led by DSP SS Yadav visited State Bank of India, Syndicate Bank and one other bank and opened the lockers owned by Jain and his family members.

The team found 3.175 kg gold in total stashed in the three lockers which was valued at about Rs 90 lakh in the market. Apart from the yellow metal, the investigation team also found 2.5 kg silver ornaments and Rs 5.42 lakh in cash.

The sleuths said that the Jains had about 22 bank accounts. “We will soon write to the banks to inform us about the amount deposited in the accounts,” Lokayukta sources said.

Lokayukta police on Sunday had raided house of former additional collector Jain following a complaint of amassing assets disproportionate to his known sources of income.

The sleuths had found documents of assets worth crores of rupees including three houses and a bid land, but Jain had claimed that assets possessed by him were purchased through money he earned form of his salary and pension. He had also claimed that his daughters had extended financial support to him.

Lokayukta officials said that they would question both the daughters of Jain to verify his statements. One daughter of Jain is DSP at Bhopal and another works with MasterCard in USA.’