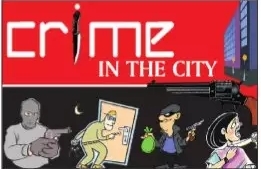 Indore: To maintain law and order during the Navratri, DIG Harinarayanachari Mishra instructed patrolling by 9 women PCR vehicles across the city from Thursday. According to police, to curb cases of molestation and eve-teasing during Navratri at Garba pandals in the city, they pressed into service nine PCR vehicles with female constables and one male constable.

Each PCR van with cops will be allotted to a CSP circle to keep check on Garba events and provide security to women present there. Adding to this some female constables on 2-wheelers will also patrol the areas and will be in touch with the police control room.
The accused caught during patrolling will be taken to the respective police station of the area. Apart from this, police force will also be deployed to control crimes that occur during festivities.

A 35-year-old man allegedly committed suicide by hanging himself from the ceiling in Dwarkapuri area on Friday. The reason for his taking extreme step could not be known. Police said that the deceased has been identified as Rameshwar Mahar of Ahirkhedi. Preliminary investigation revealed that he had taken dinner with family members on Thursday night after which he went to sleep. The incident was discovered when one of his family members went to woke him up when he found him hanging. He was immediately taken to the hospital but it was too late. No suicide note was recovered from the spot, so the reason of his suicide could not be established yet. The police are taking the statements of his family members.

Police booked four persons for selling sub-standard seeds and fertilisers to farmers in Sanwer area on Thursday. According to police, Uday Bhatnagar of Bicholi Hapsi Road in his complaint stated that the Deepak Fertilisers and Petro Chemical Corporation Limited located in Scheme 54 supplied sub-standard seeds and fertilisers to the farmers. The sample was also inspected by Madhya Pradesh State Cooperative Marketing Federation Limited and was found below standard. Police have started investigation into the case.

In another incident, thieves broke into a locked house in Scheme 71 on Thursday. Complainant Bharat Rathore reported that he had gone out for some work and when he returned he found lock of his house broken and household goods were in disarray. The thieves took away gold chain, silver jewellery, Rs 59,000 cash and other valuables. The police are investigating the incident.

A 25-year-old youth was attacked by some unidentified persons over some petty issues in Malviya Nagar on Thursday. According to police, Lucky, a resident of Malviya Nagar, alleged that he was in lane number two of the locality when some unidentified persons attacked him, causing severe injuries. Police discovered the injured youth and rushed him to hospital. Police have started their investigation.