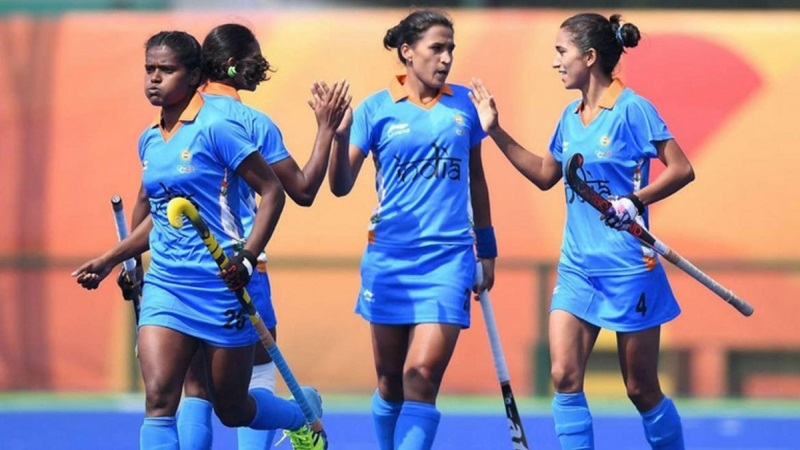 Donghae City (Korea): Defending champions India today breezed into the summit clash of the women’s Asian Champions Trophy after edging past Malaysia 3-2, their third consecutive victory here. India, who beat Japan 4-1 and China 3-1 in their previous matches, qualified for the final with a match in hand in their pool.

They are sitting atop the table with nine points and will next take on hosts Korea in their final pool match on Saturday before Sunday’s final. Gurjit Kaur (17′), Vandana Katariya (33′) and Lalremsiami (40′) sounded the board for Indian while Nuraini Rashid (36′) and Hanis Onn (48′) scored for Malaysia.

“We could have made better use of our chances to score today. Though we are happy with the win, we are not very happy about how we played. We will go back to the team hotel and discuss about the mistakes we made and how to improve ahead of the next match against Korea,” stated team skipper Sunita said after the match.

The first quarter saw both teams trade penalty corners with India opening the account in the very first minute of the match which put Malaysia on a back-foot. However, good PC defending saw Malaysia steer clear of an early goal by drag-flicker Gurjit. Malaysia’s attempt to score off a PC too was thwarted by the Indian defenders.

India, who had beaten Malaysia 6-0 in the warm-up match ahead of the tournament, made their first breakthrough when PC specialist Gurjit improvised on Lilima Minz injection to strike the ball past Malaysian goalkeeper. She kept her flick low to find the bottom right corner of the goal fetching India a 1-0 lead in the 17th minute.

India though did not look at their attacking best with Malaysia often denting their chances in the circle and kept the pressure on India. Their goalkeeper also came up with impressive saves to keep India from scoring from PCs. However, the ten-minute half-time break helped India come back with fresh variations to score. High press worked as India scored off a counter attack when a quick-thinking Vandana dispossessed Malaysian attacker inside India’s striking circle to score in the 33rd minute.

Soon after, India conceded a penalty stroke when defender Deep Grace caused an infringement while attempting to stop Malaysian attacker from taking a shot on goal. Nuraini broke no sweat in converting the penalty stroke. The following minutes saw India win as many as three PCs but could not make much of it.

Meanwhile, a brilliant long pass by skipper Sunita Lakra to the striking circle was deflected into the goal by young forward Lalremsiami from the top of the circle, displaying a perfect one-touch hockey. The goal took India’s lead to 3-1 in the 40th minute. The final quarter saw Malaysia make amends to missed chances as they vied for late goals. Though Hanis did well to score Malaysia’s second goal, they could not get an equaliser.