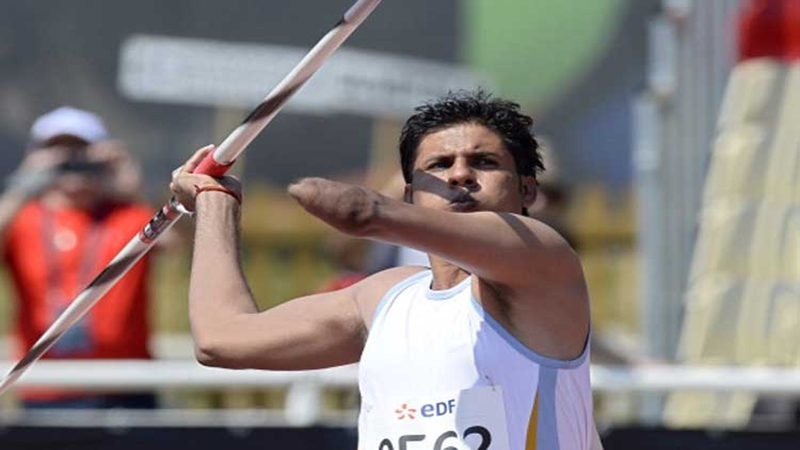 Also Read: Paralympic medallists to be recommended for Padma awards

Jhajharia had won the gold medal in men’s javelin throw F46 and is the only Indian to have clinched two gold medals in Paralympics.

Thangavelu also clinched a gold medal in men’s high jump T42 while Bhati won a bronze in the same event. Malik became the first Indian woman to bag a medal in Paralympics by clinching a silver in women’s F53 shot put.

Each of the medal winners received a cheque of Rs 15 lakh. It was also announced that medal winners in earlier editions of Paralympics will also be presented Rs 15 lakh each.

The GoSports Foundation would also receive Rs 35 lakh to continue its endeavour in supporting and developing future Paralympic champions.

Speaking on the occasion, Malik said, “It is sad that every time we say Paralympics, we have to add it is Olympics Paralymics. It is still not understood that Paralympics also means Olympic-level competition (for the differently abled). I am grateful to Sachin Sir (for the initiative).”

“My world record was broken after 12 years in Rio. Before his, I held the world record in 2004, which no one was able to break. I went to Finland for training and used to train for 8 hours which is the longest training of my life,” said Jhajharia.

“I was the flag-bearer of the country in Rio, so the responsibility was more on me for India. People discussed that Devendra is 35 years-old and will not be able to do. But age is not a factor, your efforts (matter).

“I consider Sachin Sir as my role model. I am happy I could meet him,” he added.