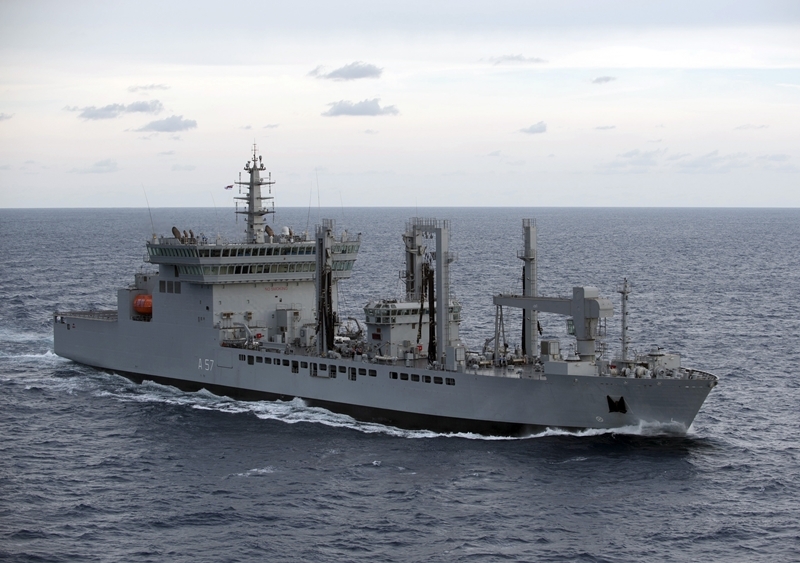 Beijing: Two Indian battle ships, including the biggest indigenously built stealth destroyer INS Kolkata, have arrived at the port city of Qingdao to take part in the Chinese Navy’s fleet review while the Pakistan naval ships will be conspicuous by their absence at the event.

INS Kolkata, the first of a new class of three destroyers built by India, is accompanied by tanker INS Shakti, a fleet support ship, to take part in the event. However, PLAN’s naval fleet review will be held without the ships from its closest ally Pakistan. Though there is no official announcement, official sources told PTI no Pakistan ships are expected to take part in the fleet review.

Instead, Pakistan navy will be represented by a high-level delegation at the Qingdao celebrations being held from April 21-26. Besides being an all-weather ally of China, Pakistan is the biggest procurer of Chinese weapons systems.  INS Kolkata is commanded by Captain Aditya Hara. It is equipped with the latest weapons including the supersonic Brahmos missiles and sensors. It is capable of simultaneously engaging multiple threats from the air, sea and underwater.