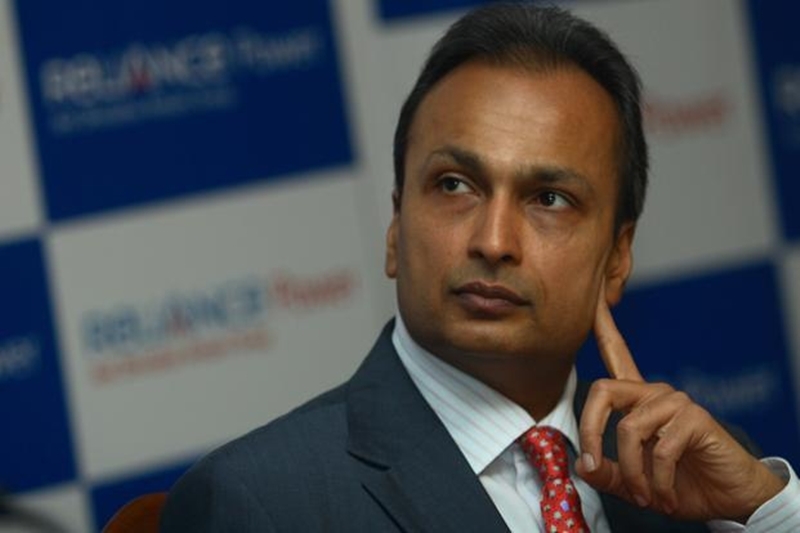 New Delhi: The Indian government proposed Anil Ambani’s Reliance Defence as Dassault Aviation’s partner in multi-billion dollar Rafale jet deal and France did not have a choice, former French president Francois Hollande was quoted as purportedly saying by a French publication, a sensational twist that gave fresh ammunition to the Opposition against the Modi dispensation.

Reacting to Hollande’s reported remark that is at variance with the Indian government’s position, a defence ministry spokesman said, “The report referring to former French president Hollande’s statement that government of India insisted upon a particular firm as offset partner for the Dassault Aviation in Rafale is being verified.” The spokesperson also said, “It is reiterated that neither the government nor the French government had any say in the commercial decision.” The report in ‘Mediapart’, a French language publication, quoted Hollande as saying, “It was the Indian government that proposed this service group, and Dassault who negotiated with Ambani. We had no choice, we took the interlocutor who was given to us.”

Asked who selected Reliance as a partner and why, Hollande replied, “We had no say in this regard.” Opposition parties seized on the report to step up its attack on Prime Minister Narendra Modi with Congress chief Rahul Gandhi alleging, “The PM personally negotiated and changed the Rafale deal behind closed doors. Thanks to Francois Hollande, we now know he personally delivered a deal worth billions of dollars to a bankrupt Anil Ambani.” He further said, “The prime minister has betrayed India. He has dishonoured the blood of our soldiers.”

Delhi Chief Minister Arvind Kejriwal said Hollande’s statement directly contradicts what the Modi government had been saying so far and asked whether the national security was not being endangered by “hiding crucial facts” on the deal. Modi had announced the procurement of a batch of 36 Rafale jets after holding talks with then French President Hollande on April 10, 2015 in Paris. The final deal was sealed in September 23, 2016. In the report, Hollande also denied any linkage of the deal with a film by his partner Julie Gayet as reported by a newspaper last month. The report had said Ambani’s Reliance Entertainment had signed an agreement with Gayet to produce a film before the Rafale deal was sealed.

The Communist Party of India (Marxist) general secretary Sitaram Yachury said, “This Rafale deal is a scam if there was one. The Modi govt has lied and misled Indians. The whole truth must come out now.” “Why was the Indian government batting for one corporate house with no experience in defence manufacture?” Yechury tweeted. Congress Chief Spokesperson Randeep Surjewala tweeted, “Cat’s out of the Bag!!! Complicity, Collusion  and Conspiracy of Modi Govt in denying the PSU, HAL a Rs 30,000 crore ‘offset contract’ to benefit PM’s crony friend exposed!”

The government has been maintaining that it did not have any role in selection of offset partner by Dassault Aviation. The Congress has been accusing massive irregularities in the deal, alleging that the government was procuring each aircraft at a cost of over Rs 1,670 crore as against Rs 526 crore finalised by the UPA government when it was negotiating procurement of 126 Rafale jets. The Congress has also alleged the government was benefitting the Reliance Defence through the deal as the company has set up a joint venture with Dassault Aviation to execute the offset obligation for the deal.

The opposition parties have also alleged Reliance Defence was formed just 12 days before the announcement of the Rafale deal by the prime minister on 10 April 2015. Reliance group has rejected the charges. The Congress has also been demanding answers from the government on why state-run aerospace major HAL was not involved in the deal as finalised during the UPA. Under India’s offset policy, foreign defence entities are mandated to spend at least 30 per cent of the total contract value in India through procurement of components or setting up of research and development facilities.

Ten days after India sealed the government-to-government agreement on the Rafale deal, Reliance Defence and Dassault had announced a joint venture (JV) in the aerospace sector and a year later, foundation stone of a manufacturing facility was laid in Mihan, Nagpur. “President (Former) Francois Hollande should also enlighten us how the price went up from 590 crore in 2012 to 1690 crore in 2015 per Rafale fighter jet? Escalation of a mere 1100 crore. I am sure the Euro equivalent would not be a problem to calculate,” Congress spokesperson Manish Tewari tweeted.

“In the NDA negotiated Rafale aircraft deal, we have got no aircraft, we have got only lies. What is the new lie that the government will put out in response to Mr Hollande?,” former finance minister and Congress leader P Chidambaram tweeted. The delivery of the aircraft will start from September 2019. The deal was finalised on the basis of the procurement procedure followed under the UPA government.