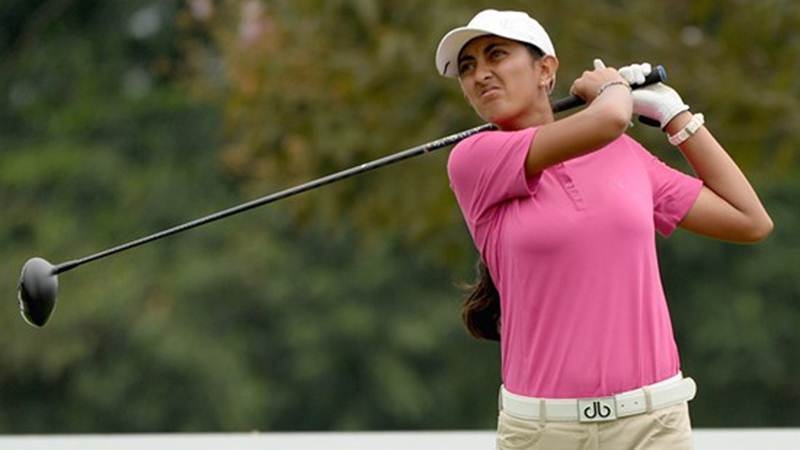 California: Indian golfer Aditi Ashok turned in a brilliant seven-under 65 to sign off tied 14th at the Kia Classic, earning herself a spot in the season’s first Major for women — the ANA Inspiration this week. Overnight tied 20th, Aditi, who carded 70-72-71 on the first three days, saved her best for the last at the Aviara Golf Club, sending down eight birdies against a bogey in the final round.

That took her to 10-under 278 and she ended six spots behind the winner, Eun-Hee Ji of Korea (67). It was also an early birthday present for Aditi, who turns 20 on March 29, when the ANA Inspiration tees off. Eun-Hee Ji won with an ace on Sunday’s closing stretch to capture her fourth career win on the LPGA Tour at the Kia Classic.

She aced the 166-yard par-three, 14th hole and got a brand new 2019 Kia Sorrento. Ji carded a final round five-under 67 to win by two strokes ahead of Cristie Kerr and Lizette Salas. Aditi opened with a birdie and then dropped a shot on the sixth. But birdies on seventh and ninth saw her turn in two-under.

Still there was no indication of the birdie spree that came on the back nine. She birdied 11th, 13th, 14th, 16th and 17th to gain five strokes in last eight holes. The result also helped her move from 87th to 63rd as the Top-80 on the Money list qualified for the first Major at Mission Hills Country Club in Rancho Mirage.

“My game is in a really good place heading into the ANA,” Aditi told LPGA.com. “It’s unfortunate that I wasn’t already in the field (for the ANA Inspiration) before this week. I missed out via the money list from last year by just a few spots. “Now that I’m there, I’m sure my game is ready and I’m really looking forward to it.

It will be amazing to be at ANA during my birthday week.” Last week Aditi closed with a 68 at Bank of Founders Cup in Phoenix. In her rookie season in 2017, Aditi began solidly with rounds of 72 and 69 but finally finished T-42. Aditi is a three-time winner on the Ladies European Tour.