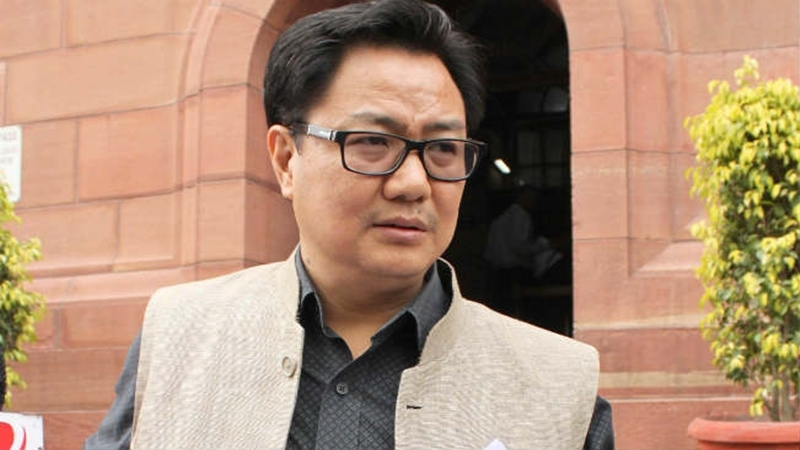 New Delhi: Union Minister of State for Home Kiren Rijiju said on Tuesday that India would now seek to issue a Red Corner notice against Jaish-e-Mohammad chief Masood Azhar and three others.

“We will issue a Red Corner notice against four terrorists living in Pakistan and initiate extradition process,” he told ANI, adding that they will fast-track the casees against them.

The NIA has termed Azhar as the mastermind of the Pathankot terror attack and filed a chargesheet against him and three other JeM commanders. Sanction for prosecution has been obtained from the Ministry of Home Affairs, under the Section 45(1) of the Unlawful Activities (Prevention) Act, 1967, as amended.

The chargesheet states that the offences as noted above were also established against the attackers of JeM, namely Nasir Hussain, Hafiz Abu Bakar, Umar Farooq and Abdul Qayum, who executed the terror attack at Pathankot Airbase on January, 2016.

Prosecution against these attackers was recommended to be abated since they are dead.
During investigation, NIA investigators collected sufficient evidence in terms of statements of the witnesses to establish that the terrorists had been trained, motivated and radicalized by Maulana Masood Azhar and Mufti Abdul Rauf.

The recoveries from the scene of crime, material and documentary evidence, forensic reports and extensive call data analysis, conclusively establish the complicity of the terrorists of JeM, in the attack at the Pathankot Airbase.

The dastardly attack, committed on January 2 by a heavily armed group, led to loss of our seven soldiers.