India vs West Indies: Jasprit Bumrah gets trolled on Twitter for not playing PUBG with his team mates 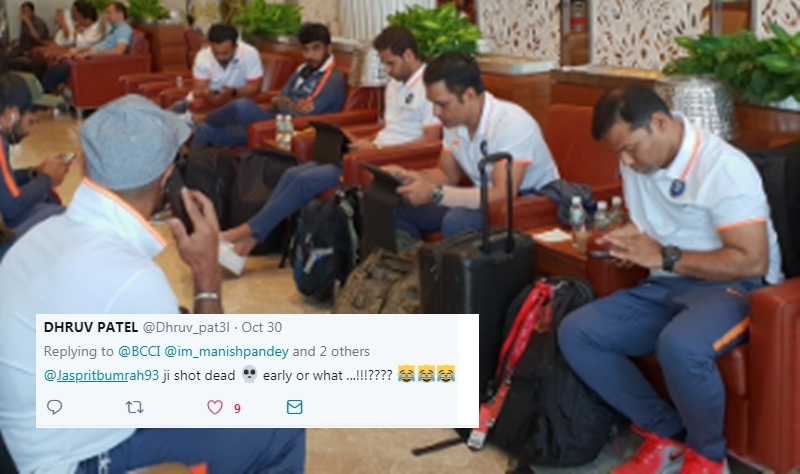 Indian cricket team was waiting for departure from Mumbai, but they had ample time before departure. So in this free time, Indian cricket team player were busy playing a multiplayer game on their mobile. But pacer Jasprit Bumrah was the only person who did not participate in the game and was looking bored. The Board of Control for Cricket in India (BCCI) shared the photo of Team India on Tuesday and asked, “As we wait for the departure announcement from Mumbai, some of them are playing a very popular multiplayer game. #TeamIndia. Any guesses?”

As we wait for the departure announcement from Mumbai, some of them are playing a very popular multiplayer game. #TeamIndia

The responses poured in and PUBG came out a clear winner. However, as with all things, the image soon started going viral on Twitter and people had eyes on one player. Jasprit Bumhrah was the only one who was seen without his phone and his bored facial expression was enough fodder for Twitterati to have a blast.

Me when I’m out to dinner with people on their phone https://t.co/OrLBjPV8L8

Puzzled, disconcerted, bored Bumrah is how I look when I go to dinner and find everyone at my table on phones between courses, during theatre intervals, on trains and at a meeting before it starts.

Bumrah is that one kid in the family get-togethers who does not has a mobile phone😂😂 https://t.co/IL7jmRsHMt