India vs South Africa: Can India salvage some pride and avoid humiliation at Johannesburg? 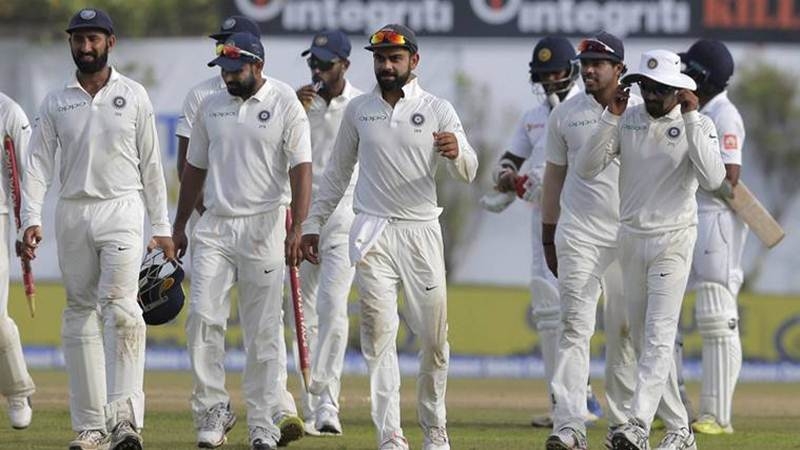 India’s tour of South Africa has turned into a proper nightmare and are heading into the third Test at Wanderers, Johannesburg trying to avoid a whitewash. India, the No 1 ranked Test side (yes, they really are!) lost the first two matches by 72 runs and 135 runs at Cape Town and Centurion respectively. India have been totally outplayed and apart from captain Virat Kohli and to a certain extent bowlers the team has failed on all fronts and again India’s poor overseas record has come back to haunt them. The men in blue have let winning situations slip and it paints a very sorry picture of world’s richest cricket team.

What is the reason for India’s appalling and horrendous performance on and off the field? The crux of the matter is too much inconsistency in the selection and raw treatment given to senior players like Ajinkya Rahane (official vice-captain), Bhuvneshwar Kumar (match winner at Cape Town) and some rather dumb decisions made by Kohli and head coach Ravi Shastri (What is his exact role?). Anyone would tell you that if you want to create a winning culture then you need stability and consistency and you don’t need a degree from Harvard to understand that. Kohli is very passionate and emotional but you don’t tamper with something successful just to prove a point and then get offended when media rightfully asks you tough questions about it.

India has over the years struggled in South Africa (irrespective of any team), but the problem with this team is that they were shouting and screaming that they will create a legacy and played to the gallery and it has boomeranged spectacularly. The pitch at Johannesburg will be spicy and pacy and Proteas fast bowlers will be licking their chops to unleash more fury on visitors. When the going gets tough, the tough gets going and Virat Kohli has to make right decision depending on conditions and opposition and if that means selecting Rahane and Kumar and dropping Hardik Pandya then so be it, but the team cannot get carried away and make bizarre decisions. The head coach Shastri has to do more than giving pep talks and tell his players to play with freedom and aggression and batsmen have to take the attack to the opposition (read: Murali Vijay, Cheteshwar Pujara).

South Africa, on the other hand, will be gunning for a clean sweep and would not show any signs of complacency. The hosts have been patchy and timid at certain times and would be acutely aware that Indians are hurt and you don’t become a bad team overnight. Kohli has a lot going for him as a player and captain, but he is a positive guy and would be seething looking at his boys’ performance would be telling them to be brutally honest and make amends at the bullring.

India has nothing to lose and coincidentally they won their maiden Test in the rainbow city at Johannesburg in 2006. The first thing India could do is to make rational team selection and give players security so that they are not looking over their shoulder. There is already a dearth of quality in international cricket and India has to show mongrel to avoid humiliation and play for pride (so cliqued, isn’t it?) at Johannesburg and please show your aggression at SA cricketers and not at poor journalists.

Post Script: Indian people are obsessed with statistics and everyone knows Sachin Tendulkar’s runs and centuries by heart. Ever since 2000, India has played 51 Test matches in SENA (South Africa, England, New Zealand and Australia) countries and have only won eight matches (3 in England, 2 in Australia, 1 in NZ, 2 in SA). What a sorry state of affairs? And we call ourselves No 1 ranked Test team. Time for a reality check and an honest introspection.