India Vs South Africa: AB de Villiers the genius changed the game in an over 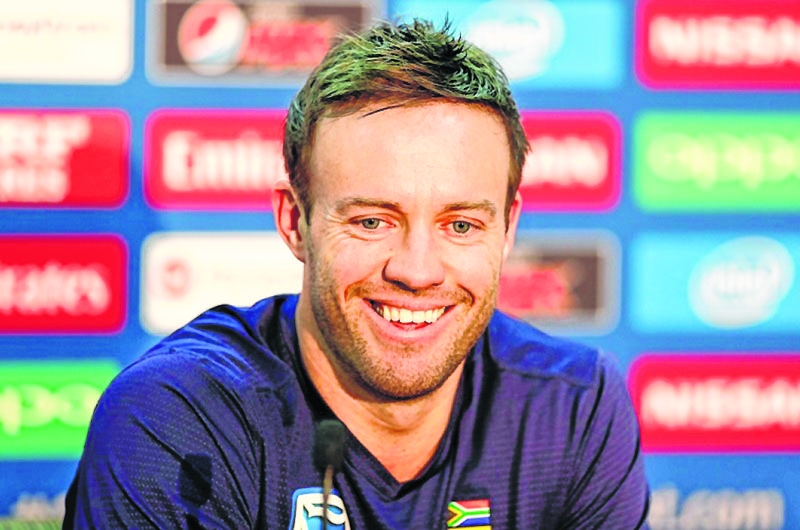 The big build up to India’s tour of South Africa did not disappoint with 13 wickets falling during the day. The India bowlers enjoyed bowling on the green-ish wickets. They dominated most of the day. Bhuvaneshwar Kumar was pick of the bowlers picking up four wickets, the others tried supporting Bhuvi through the day but were rather disappointing on a juicy track.

Bhuvi picked up quick 3 wickets to begin day 1, and South Africa looked in deep trouble at 12 for 3 and then came-in probably one of the best batsmen the world has ever seen, AB de Villiers. At 12/3 most batsmen around the world absorb the pressure, see off the new ball and then cash-in right through the day. Most would go back to playing the old fashioned cricket, but de Villiers had other plans.

De Villiers smashed three boundaries of five balls in the ninth over bowled by Bhuvi. The over that changed the game. He drove him through covers twice dealing with swing and slashed a short ball over point, thus making clear his intent. de Villiers literally toyed around with India bowling. Such is the talent of the great man, in no time he changed the momentum back in the favour of South Africa.

South Africa batting coach Dale Benkenstein praised genius AB de Villiers and said that his partnership with captain Faf du Plessis changed the game for the hosts. “At 12/3, it was not the best feeling as a batting coach. I was thinking of taking an Uber and leaving for the hotel because I didn’t know how we were going to score runs on this wicket, India are a quality bowling attack. The class and genius of AB and the tenacity of our captain (Faf du Plessis) changed the momentum of the game, or rather that innings from AB,” said Benkenstein at the end of days play.

De Villiers eventually got out on 65, Bumrah cleaned him up, picking up his first Test wicket and thus continuing the trend of picking up big wickets as his first scalp. 65 might not be a big score but given the circumstances de Villiers played a breath taking innings. First 30 runs he scored at more than run-a-ball. The champion pulled the game back South Africa’s way.

At other end, he had Faf du Plessis, who batted the way he does, building brick by brick. Quickly they went on to build a hundred run partnership. Everyone is aware about the kind of ability de Villiers has when it comes to changing the fate of the matches single handedly and now AB is bringing the same charm to the longer format as well and is doing it consistently.