India vs Pakistan SAFF Cup 2018 semi-final Live! When and where to watch in India 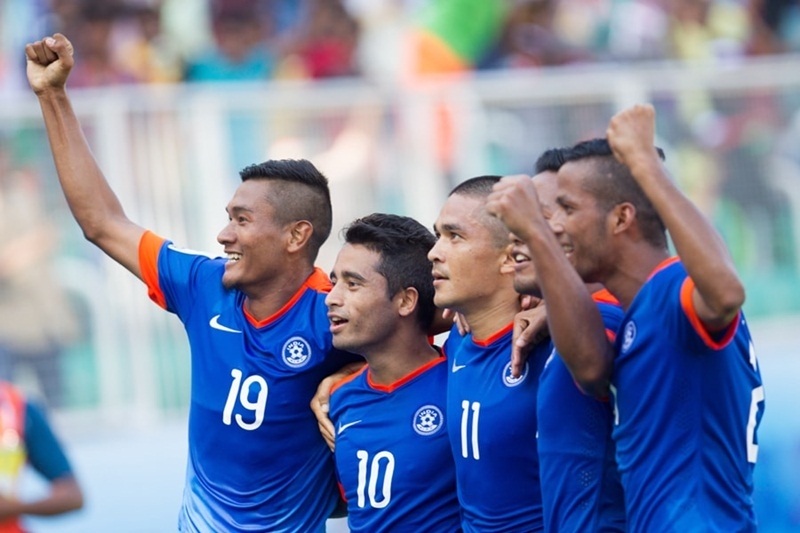 After winning every match of the SAFF Cup 2018 tournament till now, India will look to fix its spot in the finals in today’s match with Pakistan. The well-known rivals – India and Pakistan – will face each other today at the semi-finals of the SAFF Cup 2018. The match will be played at Bangabandhu Stadium and will start from 7:30 PM (IST).

India, with its dominance in the tournament, is eyeing to bag the SAFF Cup title for the eighth time. India has won the title on 7 occasions since the maiden tournament in 1993. Till now, India is the only team in the ongoing tournament which has not lost any match. In the journey of reaching the semi-final, India defeated Sri Lanka in the first match 2-0, and Maldives in the second match 2-0.

On the other hand, Pakistan is eyeing its first title victory in SAFF Cup. Pakistan has never reached the finals in SAFF Cup ever and victory in today’s match will also create history for them. To reach the semis against India, Pakistan defeated Nepal 2-1 and Bhutan 3-0. However, they lost one match against Bangladesh 0-2. Pakistan has reached the semi-finals earlier on four occasions but never made it to the finals. Last time, Pakistan reached the semi-finals was in 2005, so Pakistan will be eager to use its full potential against India today to script a new chapter in the history of SAFF Cup.

The match between India vs Pakistan will be shown on D sports from 7 pm onwards.