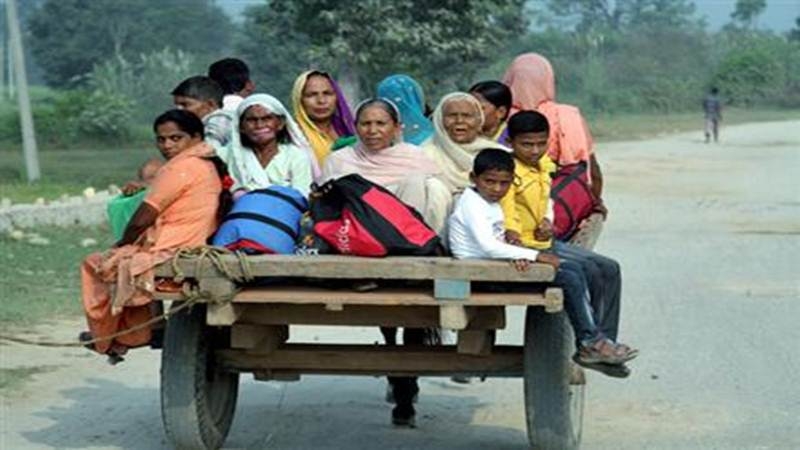 Jammu, Over 20,000 residents of border villages in Jammu, Samba and Kathua districts on Friday migrated to safer places as the authorities declared areas close to the international border “out of bounds for all civilian movement”.

State government officials said villagers living close to the borders in these districts of the Jammu region were migrating from their homes to safer places away from the range of Pakistani shelling since Thursday night.

Pakistan stepped up firing across the LoC and the international border on Thursday night in what is seen as retaliation for the Indian surgical strikes in Pakistani territory that took out seven terrorist launch pads and killed an estimated 35-40 militants waiting to cross into Indian territory.

“Over 20,000 residents of border villages in Jammu, Kathua and Samba districts have migrated from their homes till Friday morning,” said provincial administration officials.

“These families were lodged in temporary accommodations including school buildings, community halls and religious places,” an official said.

“Some of these families having relatives living at places away from the border have shifted in with them,” he said.

Educational institutions in these areas also remained closed on Friday as a precautionary measure.

Critical care ambulances, disaster rescue and relief teams of the Jammu and Kashmir government have also been placed on high alert and deployed in the border areas in the Jammu region.

Authorities said all civilian movement close to the border were disallowed till further orders.

“Areas close to the international border have been declared as out of bound for civilian movement,” officials said.

Hospitals in areas close to the border and other towns and cities of Jammu, Samba and Kathua districts were also put on high alert and doctors were advised to remain on duty.

Officials of the state Health Department said some of the hospitals that could not run emergency services for lack of electricity were provided with diesel power generating units to ensure round-the-clock preparedness to attend to emergencies.