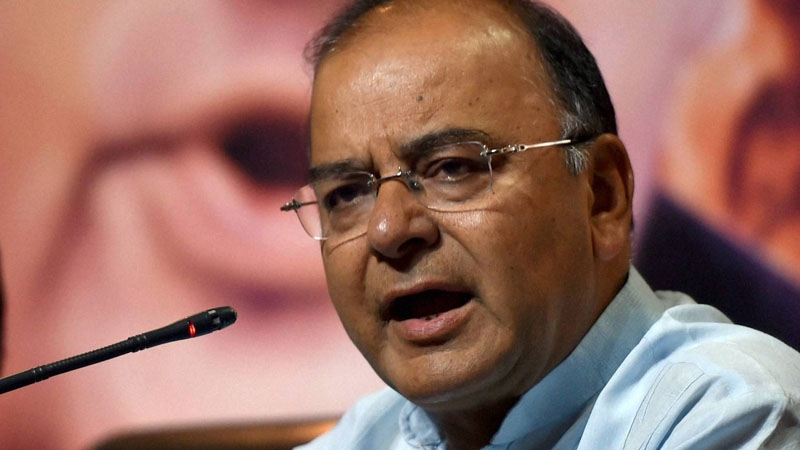 New Delhi: Amid a border stand-off with China, Defence Minister Arun Jaitley on Wednesday said India did learn lessons from the 1962 war and asserted that Indian armed forces can now meet any challenge.

“In the 1962 war (with China), we learnt a lesson that our forces have to be fully prepared. The preparedness showed results when in 1965, in comparison to 1962, and in 1971, in comparison to 1965, our forces grew stronger,” Jaitley said while initiating a special debate in the Rajya Sabha on the 75th anniversary of the Quit India movement.

“Some people have designs on our country’s sovereignty and integrity. But I am fully confident that our brave soldiers are capable of keeping our country secure, be it the challenge on the eastern or the western border,” said Jaitley, who is also the Finance Minister.

In 1962, India suffered humiliation at the hands of the Chinese, while in 1965 India fought back Pakistan and in 1971 it humbled Pakistan in the Bangladesh war.

India and China have been locked in a stand-off in the Doklam area for two months, with the Chinese media threatening India with “1962-like consequences” if it does not back off.

Jaitley identified two challenges — one from LeftWing Extremism and another from “across the border as also some people within the country who go astray and take to arms and try to spread terror in the northern parts of the country”.

“In these circumstances, the entire nation should speak in one voice as to how we should strengthen the nation’s institutions and how to fight terror,” he said.

Pointing out that when the national leaders gave the call for Quit India in 1942, the entire nation stood with them due to their credibility, the Minister said such credibility of public figures and institutions was no longer seen and needed to be restored.

“One big question today is of probity and credibility in public life,” he said.

“On this day, we, the representatives of all political parties, should resolve that in public life and in public institutions like tax, police and municipality, credibility should be restored and the element of fear should go away,” Jaitley said.

Making a veiled reference to the Emergency, he said many challenges came before the Indian democracy, especially in the 1970s, but democracy kept on gaining strength with every challenge.

The Minister also said that judiciary and legislature, the two strong pillars of democracy, should avoid friction.

“A section of population is still living below poverty line. We need resources to fight poverty, for defence, social infrastructure, especially health and education, and for improving rural living standards. We should resolve on this historic day to make this country strong, just and economically progressive,” he said.