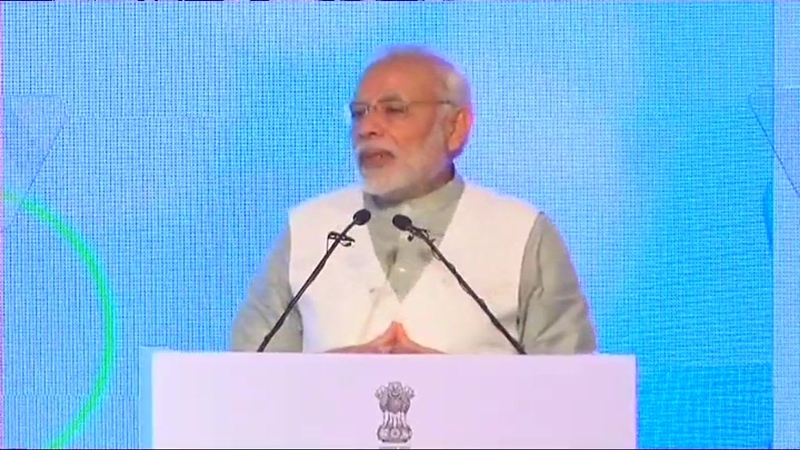 Addressing the India-Korea Business Summit here, the Prime Minister said India and Korea have a lot in common and their relations between dates back to centuries. “Relations between India-Korea dates back to centuries. We are also bound by our Buddhist traditions. Nobel laureate Rabindranath Tagore composed poem ‘Lamp of the East’ in 1929 about Korea’s glorious past and its bright future. From Princess to Poetry and from Buddha to Bollywood; India and Korea have so much in common,” he said.

Recalling his Korea visit, Prime Minister Modi said that he admired the way they (Korea) have created and sustained a global brand. “Korea has given exemplary products to the world,” he added. This year, the theme of the summit was “India-Korea: Scaling up the Special Strategic Relationship through Trade and Investments”.

The summit aimed to create the framework for an open and action-oriented dialogue between top business leaders and the government officials from India and Korea. The agenda of the summit focused on specific sectors where new and immediate opportunities exist for Korean and Indian companies such as Infrastructure, ICT, Power, Smart Cities, Manufacturing and other strategic areas of collaborations.

Over 200 business delegates including top executives of some leading Korean business conglomerates and Government officials are participating in the Summit. India and Korea are the third and fourth largest economies in Asia. The Summit was being organised by MoCI in partnership with the Confederation of Indian Industry (CII) and Chosun Ilbo, the largest media business group in Korea.