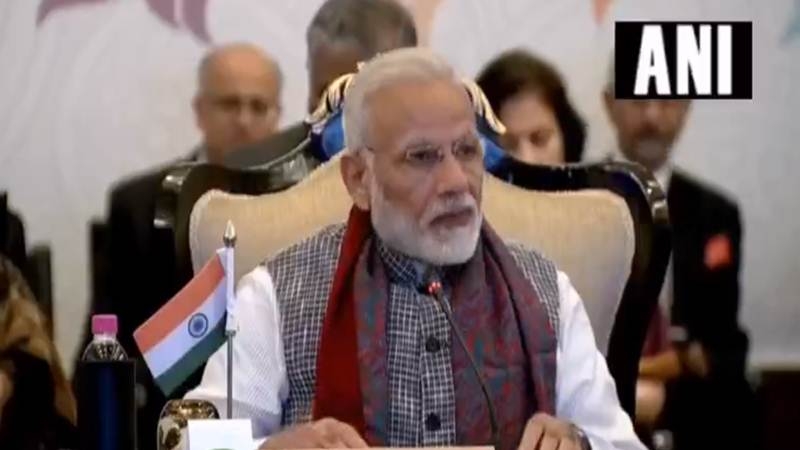 “India shares the Asean vision for rule-based societies and values of peace,” Modi said in his opening remarks at the plenary session here of the Commemorative Summit to mark 25 years of the India-Association of Southeast Asian Nations (Asean) Dialogue Partnership.

“We are committed to work with Asean nations to enhance collaboration in the maritime domain,” he said

The Asean comprises Brunei, Cambodia, Indonesia, Laos, Malaysia, Myanmar, the Philippines, Singapore, Thailand and Vietnam and heads of state or government of all these countries are participating in the Commemorative Summit, themed “Shared Destiny, Common Values” .

Modi also called for respect for international law, especially the UN Convention on the Law of the Sea (Unclos), while statting that the Asean is at the centre of New Delhi’s Act East Policy.

Modi’s comments assume significance given China’s aggressive behaviour in the South China Sea and India’s keenness to play a more influential role in the Indo-Pacific region.

The Prime Minister said that the nature of Asean-India partnership has evolved significantly.

“Our trade has grown 25 times in 25 years. Investments are robust and growing,” he said.

“We will further enhance trade ties and work towards greater interaction among our business communities.”

On his part, Lee Hsien Loong, Prime Minister of Singapore, which has assumed the Asean chair this year, said that India and the regional bloc have to increase trade and economic cooperation.

The RCEP is a proposed free trade agreement (FTA) between the 10 Asean member states and the six countries with which Asean has FTAs — Australia, China, India, Japan, New Zealand and South Korea.

Earlier on Thursday, the Commemorative Summit started with a luncheon banquet hosted by President Ram Nath Kovind in honour of the visiting dignitaries.

Following this, Modi held a leaders’ retreat in which the issue of maritime cooperation and security was discussed.

On Friday, in an unprecedented first, all the 10 leaders of the Asean nations will attend this year’s Republic Day celebrations as guests of honour.