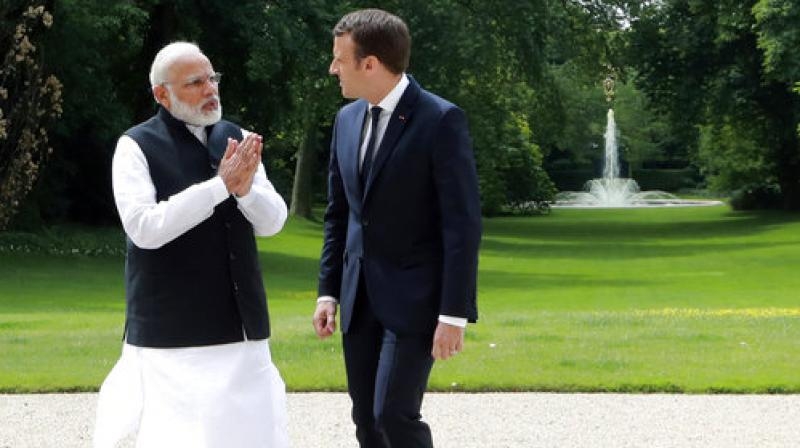 St Petersburg : In a veiled attack on Pakistan, Prime Minister Narendra Modi said it is countries which arm, finance and provide communication support to terrorists and called upon all nations to rise above ideas like “good terrorism, bad terrorism” to save humanity from destruction.

Somebody must be providing them such facilities,” he said in an oblique reference to support to terrorists from across the border in reply to a question at the St Petersburg International Economic Forum (SPIEF) with Russian President Vladimir Putin by his side.

Seeking to disapprove the tendencies among some countries to see terrorism in different light, Modi said,

“Some countries… good terrorism, bad terrorism, my terrorism, your terrorism. They should come out of this mindset. This is basically an issue of humanity and security of humanity. Only then we will be able to fight the war against terrorism.”

“But only after 9/11 the world as a whole realised what is terrorism and how dangerous it is. There are no boundaries for it. It has no country of its own. Wherever there is humanity, terrorism is there to destroy it,” he said.

In this situation, the Prime Minister said, the need of the hour is for the countries and forces of humanity to rise above these debates and come together to fight this menace.

Pointing to the presence of UN Secretary General Antonio Guiterres at the forum, he said there has been a resolution on terrorism lying at the world body for the last 40 years.