In Rio, spotlight on Pakistanis linked to recent terror plot 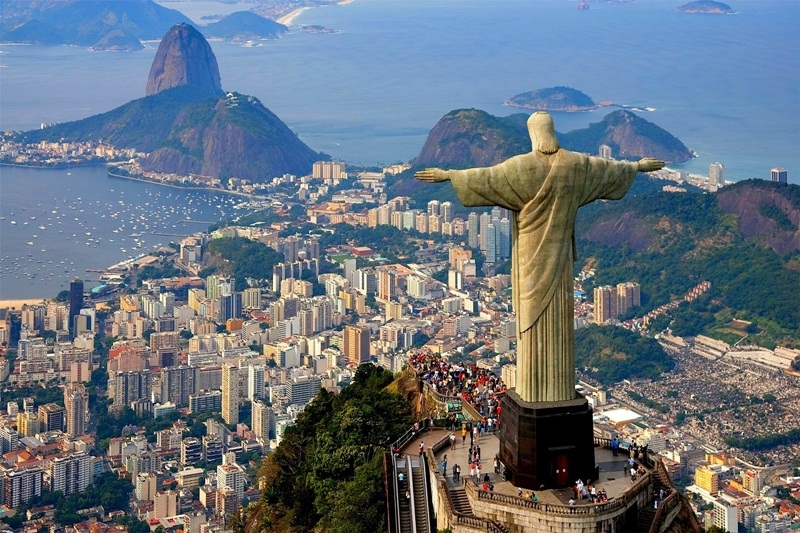 Rio de Janeiro (Brazil): Brazil’s Counter-terrorism Director Luiz Alberto Sallaberry has revealed that the threat by the ISIS to the Olympic Games is genuine. The national intelligence agency has been on an overdrive scanning the entry and exit of suspected radical Islamists. According to officials, many Pakistanis, including the recent suspects, came into the country during the FIFA World Cup in 2014 and did not return. The security spotlight is on them.

Brazil’s police, while on an anti-terrorism operation two weeks before the start of Olympics 2016, arrested a 32-year-old Pakistani national following information that he had plans to bomb the international airport in the capital.

The Pakistani immigrant and his wife were questioned over the plot which his wife said was to “blow up” the airport and create a “massacre”.

France which has been the target of several ISIS attacks in the past few months claimed that a recent arrest in Brazil was linked to a plot to attack the French delegation in Rio during the 2016 Olympics.

The head of French military intelligence said, “Partner agencies” had issued an alert about the alleged plot by a Brazilian Islamist militant. It is unclear whether the arrest of the Pakistani national is linked to the French revelation.

But Brazil is not taking chances. The number of troops deployed in Rio for the games has risen from 18,000 to 21,000, reaching a total of 41,000, including those in the five football host cities.

A number of Pakistanis are apprehensive about the further scrutiny of their identity cards after the uncovering of this plot and reports of Pakistanis involved in terror incidents in other countries in the recent weeks.

The three Pakistani men aged between 25-31 were encouraging people to spread jihadist ideology in Spain.

On July 4, this year Saudi authorities arrested twelve Pakistani nationals following three simultaneous bomb attacks. The Medina attack, 24 hours before the end of the fasting month of Ramadan, drew global condemnation from Muslim leaders. A bombing near the United States consulate in Jeddah on the same day killed only the attacker who was identified by the Saudi interior ministry as Abdullah Waqar Khan, a Pakistani national in his early 30s. The ministry said that Khan, a driver, had moved to Jeddah 12 years ago.

Radicalisation of Pakistani youth in past decade and their growing links with global terror groups has put average Pakistani immigrants in the western world under spotlight. Immigrants in Rio are worried that with the intense scrutiny on recent entrants into the city, some might face deportation.

In Greece, Agma a Pakistani electrician who fled his country because of being targeted by extremists groups was quoted by an American channel as saying that he feared he might be deported back and if that happens he will be killed due to his views on religious freedom.

It is a fear that many Pakistani immigrants in Rio have now.