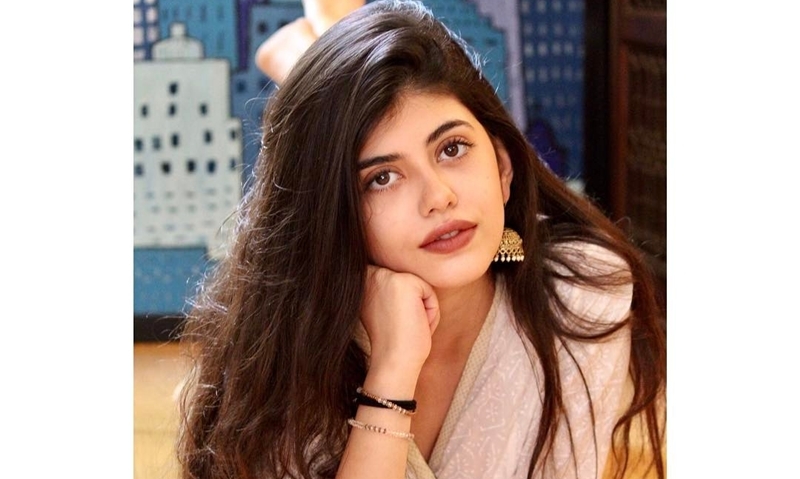 Hindi remake of Hollywood blockbuster film ‘The Fault in Our Stars’, which released in 2014, has been announced and is all set to go on floors soon. While Sushant Singh Rajput is confirmed as the male lead, the makers have announced the female lead opposite the ‘Kedarnath’ actor. It is none other than Sanjana Sanghi, who earlier worked in films like ‘Rockstar’, ‘Hindi Medium’ and ‘Fukrey Returns’. In ‘Rockstar’, Sanjana played the role of Ranbir Kapoor’s sister while in ‘Hindi Medium’ she was seen as the younger version of the lead character played by Saba Qamar.

Check out her pics below:

The indigo obsession needs to stop

I sense the biting winter passing & let me just say that makes me rather happy. ⭐️

Probably smiling because I was fortunate enough to breathe in some oxygen . . . . . #smogindelhi #smokebox #pollutionfreedelhi #savetheair

the travel bug may have hit too hard

Sanjana is graduated from Delhi’s Lady Shri Ram College in 2017 and has already appeared in films and ads.  She will play the role of Hazel Grace Lancaster, a role played by Shailene Woodley in the film who meets and falls in love with Augustus Waters, another cancer patient who has lost a leg to bone cancer. Oscar-winning composer AR Rahman will compose music for the remake. The Indian adaptation of ‘The Fault In Our Stars’ will be Mukesh Chhabra’s debut as a director.

Meanwhile, besides this remake, Sushant is currently busy with ‘Kedarnath’ opposite Sara Ali Khan, who is making her Bollywood debut with the movie. And next, he will star in ‘Chanda Mama Door Ke’.