In pictures: Elli AvrRam spotted with rumoured beau Hardik Pandya, but why she was hiding her face? 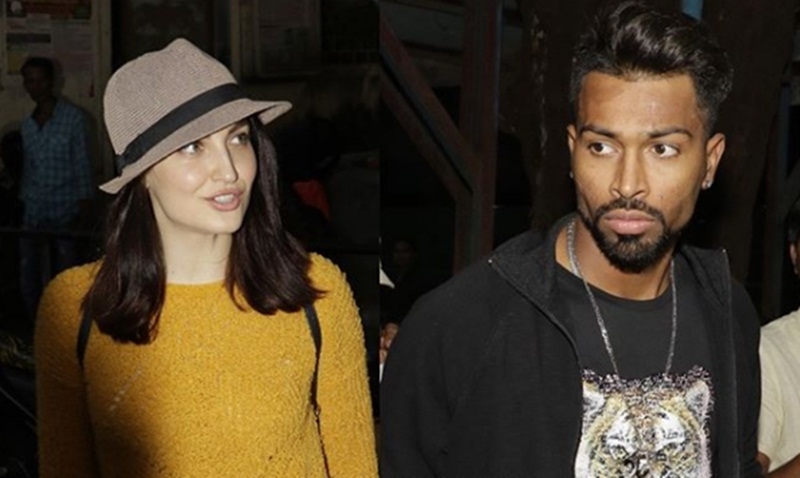 Although Team India’s all-rounder Hardik Pandya has denied dating Bollywood actress Elli AvrRam, however, the duo constantly hanging together, and that says that something is happening between the two. And recently, the alleged couple were spotted together at Hakim Aalim’s salon.

Though Elli was desperately hiding her face from the paparazzi as she can be seen uncomfortable with getting clicked, while Hardik looked okay with shutterbugs taking his photos.

Meanwhile, it’s been few months since Elli and Hardik are playing a hide-and-seek game with the shutterbugs. In the past as well the duo were spotted on several occasions. The rumours took off when Elli first spotted at Hardik’s elder brother, Krunal’s wedding last year. And recently, Elli was spotted at the airport accompanying Hardik for the Test match where she also joined other cricketer’s wives which added fuel to the fire of two dating since then.