In our culture, respect for women begins at home: Rahul Gandhi’s jibe at PM Modi 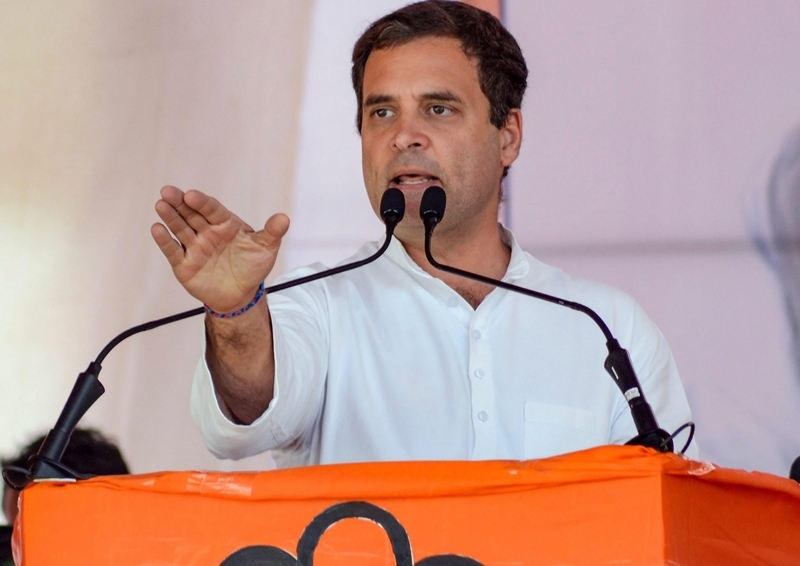 New Delhi: After Narendra Modi attacked Rahul Gandhi for his remarks that the prime minister made ‘a woman’ defend him in Parliament over the Rafale deal, the Congress president took a jibe at the PM saying in “our culture respect for women begins at home”.

“Stop shaking. Be a man and answer my question: Did the Air Force and Defence Ministry object when you bypassed the original Rafale deal?  Yes? Or No?” Gandhi tweeted. The tweet came hours after Modi said at a public event, “They are bent upon insulting a woman defence minister. This is not an insult to a woman, but an insult to entire India’s women power, for which these irresponsible leaders will have to pay the price.”

Modi’s attack was in response to Gandhi’s remarks at a farmers rally in Jaipur where he said, “The watchman with a 56-inch chest ran away and told a woman, Sitharaman ji, defend me. I won’t be able to defend myself, defend me.” Reacting to the prime minister’s scathing criticism, Gandhi, in his tweet, said: “With all due respect Modi Ji, in our culture respect for women begins at home.” While Gandhi did not elaborate, some Congress leaders in the past have alleged that Modi deprived his wife of her rights.

There was no immediate reaction from the BJP on Gandhi’s statement. The Congress party has been targeting Modi on the deal alleging the price of each Rafale aircraft has sharply increased from Rs 526 crore, negotiated by the previous UPA government, to Rs 1,600 crore and that the contract will help Anil Ambani get Rs 30,000 crore benefit through offset contract. Ambani too has rejected the charges. Gandhi had hit out at Sitharaman on Monday for “not answering” his questions on the Rafale deal issue in Parliament, after the defence minister in her remarks in Parliament rejected “doubts” raised by the Congress on her statement on the Hindustan Aeronautics Limited.