In Mumbai, stray dogs are turning blue in colour 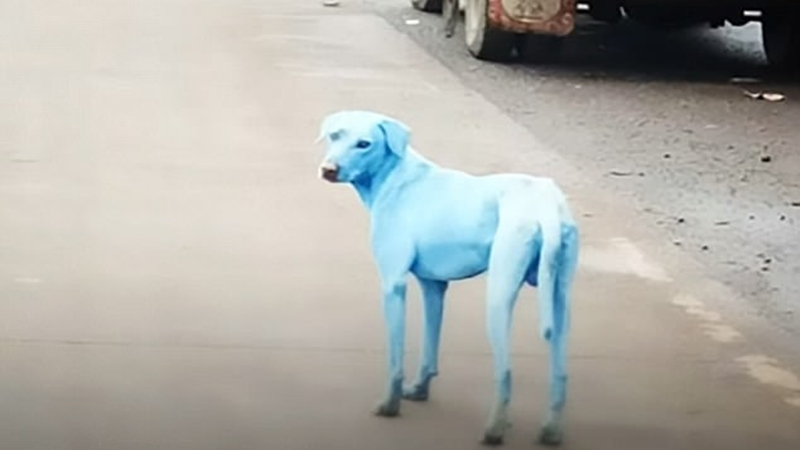 Mumbai: In a very shocking revelation, stray dogs in a region of Mumbai are turning blue in colour due to pollutants from a nearby dye factory. In Taloja industrial area, many dogs are seen in blue colour which is due to the dye leaked from the chemical manufacturing units.

Industries are pumping their wastes into the Kasadi River and stray dogs often wade into the river water for food. The waste present in the water may be dyeing animals fur a bright shade of blue. Local activist Aarti Chauhan has filed a complaint with the Maharashtra Pollution Control Board (MPCB) in this regard and has requested the pollution board to take action.

Also Read: Navi Mumbai stray dog has turned blue. This is why

“It was shocking to see how the dogs fur had turned completely blue. Dye companies should heed to the effect of their product to safeguard the environment,” Chauhan said. She further said, “It is MPCB’s responsibility to control the pollution. We have spotted a few dogs and birds here with blue colours and have asked the pollution control board to act against such industries.”

Aarti Chauhan, who also runs an animal protection cell, said “When dogs trespass into the dye-making units from the gap in front gate of the factory, they get coloured from the waste lying in the factory.” MPCB has taken the issue seriously and an investigation has been initiated into the matter. “After receiving the complaint, the MPCB has issued a notice to the company concered from where the discharge of dye into water body was reported,” AD Mohekar, MPCB in-charge officer, said.