In most low-income places, handwashing with soap is rare 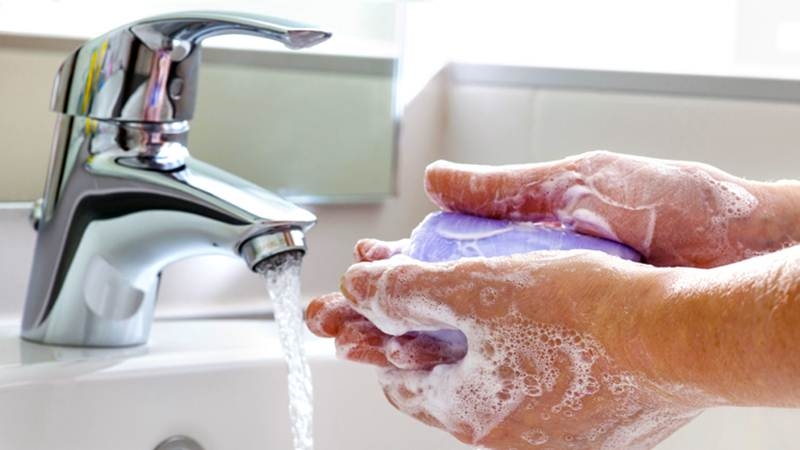 Washington: A recent research has found that most families in the low-income countries don’t have soaps at their homes. The study led by University at Buffalo researchers with USAID, UNICEF and others shows that handwashing behaviour must be improved substantially in low- and middle-income countries.

Using data from 51 nationally representative surveys, Swapna Kumar, Pavani Ram and colleagues identified the proportion of households in which soap and water was present at a handwashing place in the home. The percentages range from less than 0.1 percent in Ethiopia to 96.4 percent in Serbia.

The findings underscore the need to improve access to soap, along with handwashing behaviour in general, in many impoverished countries, said Kumar.

“Handwashing prevents leading causes of the 6 million deaths that occur annually in young children around the world. Never before has handwashing been systematically measured in so many countries,” said co-author Ram. “These data are useful to public health programs and policy makers because they underscore the deep inequities that persist globally and within countries, contributing to these preventable child deaths among people living in poverty and in rural areas in sub-Saharan Africa and South Asia.”

For the study, researchers culled through handwashing behaviour data reported in dozens of nationally representative Demographic and Health Surveys (DHS) and Multiple Indicator Cluster Surveys (MICS). Starting in 2009, both surveys began including questions that asked household members about their handwashing behaviour. The surveys are administered in more than 100 countries about every three to five years.

“This analysis demonstrates the need to promote access to handwashing materials and placement at handwashing locations in the dwelling, particularly in poorer, rural areas where children are more vulnerable to handwashing-preventable syndromes such as pneumonia and diarrhea,” the researchers wrote.

The study revealed the following:
– The availability of soap anywhere in the dwelling ranged from nearly 21 percent in Senegal to 99.1 percent in Iraq and Serbia, according to MICS surveys that included data on soap availability in the home.

– In Africa, the proportions of households with soap and water at a handwashing place range from as low as 0.1 percent in Ethiopia to a high of 34.7 percent in Swaziland.

– Compared to Africa, the availability of soap and water was higher in the Eastern Mediterranean region, and ranged from 42.6 percent in Afghanistan to 91.5 percent in Iraq.

– In Southeast Asia, nearly 79 percent of households in Bhutan had soap and water, compared to 21.4 percent in Bangladesh.

– The poorest households often had extremely low access to soap and water for handwashing, compared to wealthier households (for example, 6 percent and 85 percent in regions of Nepal).

Handwashing with soap can help prevent the spread of disease, especially pneumonia and diarrhea, which accounted for approximately 1.6 million child deaths worldwide in 2013.

There are a variety of reasons why people in many low- and middle-income countries may not keep soap for handwashing at home, including cost, availability of affordable commercial goods in rural areas, especially those with poor road networks, and the need to prioritize other critical expenditures such as food.

In their paper, the researchers note several potential solutions, including increasing the availability of soapy water and promoting its use as a less expensive but affordable alternative, social marketing and public-private partnerships, such as Global Handwashing Day, which is celebrated annually on October 15, to help increase affordability in areas with the greatest need. Increasing access to soap and promoting handwashing is an important step toward achieving reductions in child mortality and elimination of inequities sought by the global Sustainable Development Goals adopted by the member countries of the United Nations by 2030.

The study is published in the American Journal of Tropical Medicine and Hygiene.