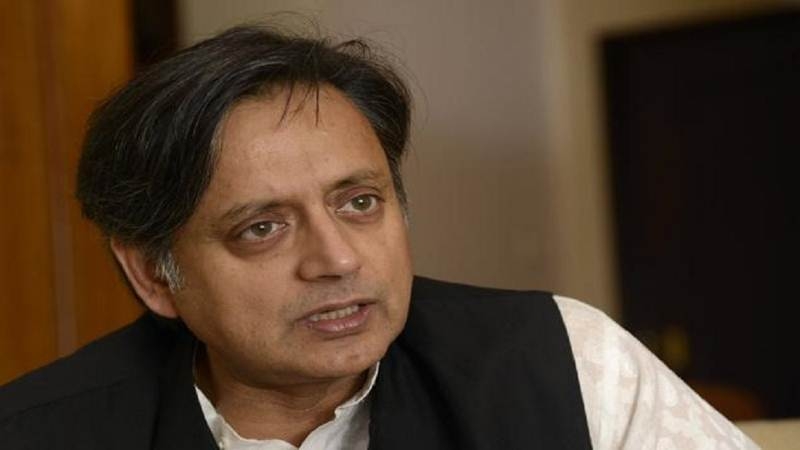 Thiruvananthapuram: Congress leader Shashi Tharoor seems to be allowing rhetoric to get the better of him. On Sunday, he declared that Swami Vivekananda, the 19th century spiritual leader, who took Indian philosophy to the American shores, would face violent attacks for siding with humanity in present day India.

He was speaking at an event in Thiruvananthapuram, attended by social activist Swami Agnivesh, who was thrashed by a lynch mob last month in Jharkhand. “I’m convinced if Swami Vivekananda were to come to today’s India, he would be the target of these goondas, just as Swami Agnivesh has been. They will bring engine oil to throw at his face and will also try to knock him down on the streets because Swami Vivekananda would be saying, ‘respect people’. He would say humanity is more important,” Tharoor said.

Tharoor also questioned why Prime Minister Narendra Modi wears “outlandish” headgear during his trips across the country and abroad but shuns the Muslim skull cap. “You have seen him in various hilarious extraordinary outfits. But doesn’t he wear the colour green?” he added, warming up to his theme. Meanwhile, 79-yrar-old Swami Agnivesh, who was attacked last month, said he would approach the Supreme Court as the police have taken no action in the case in the last 18 days. There has been no arrest, because it was a “deliberate attack” he said at the function attended by Tharoor.

“I am going to go to the Supreme Court anytime next week.  These criminals have not been arrested even after 17 days of the attack. No one has been identified…  This is all deliberate,” he said at a function in Thiruvananthapuram. In a scathing attack on the Prime Minister, Swami Agnivesh questioned why he and his ministers had kept silent on the issue so far. “That speaks volume, it is their design,” he said, adding if the BJP comes to power in 2019, “you will have to forget democracy and constitution and fair elections,” report television news portals.