I would love to do a film based on kabbadi: Diljit Dosanjh 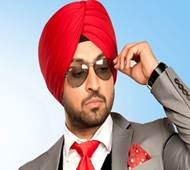 New Delhi: Punjabi superstar Diljit Dosanjh says he would love to be part of a film based on “desi” sports -kabbadi and hockey.

“I would love to do a movie based on our desi sports kabbadi or hockey. I guess I can play these games and do the justice to them. If there is a nice story,I will surely take up the project. I know I will enjoy doing such film,” Diljit told PTI.

The 32-year-old actor, who became popular with Hindi audience after his role in “Udta Punjab,” is one of the brand ambassadors of Star Sports Pro Kabaddi.

The “Sardaar Ji 2” star thinks it is important to promote Indian sports on a larger scale and that’s why he came on board as the game’s face.

“We play kabbadi in Punjab and when I got a chance to promote the sport through such a big platform, I agreed immediately. I have seen the last season so I thought I should be a part of it.

“I think such leagues help in promoting the sport. I am happy that the ratings of the league is great and the number of viewers are increasing which is really positive,” he said. Diljit supports the Dabang Delhi KC team.