I was shocked to learn about the terrorist activities of my father, says Peace Activist Zak Ebrahim 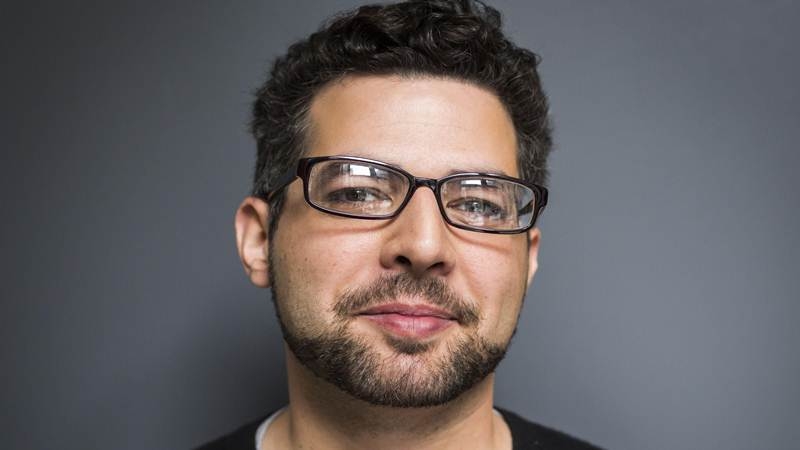 Zak Ebrahim, peace activist and author speaks about his painful experiences as the son of a terrorist, the factors that may have led his father to deviate away from his life as a loving Muslim, and the importance of countering violence, fundamentalism and prejudice with love and acceptance. He has spoken out against terrorism and his message of peace, non-violence and universal brotherhood is being heard through his recent book, ‘The Terrorist’s Son – A Story of Choice’.

“Groups like Al-Qaeda, like ISIS, are not the cause of extremism. They are a symptom of a society that lacks the most basic things that humanity needs: opportunity, giving people a sense of purpose, and creating an environment where we can educate ourselves and our children.”

Q- What exactly is the book about?

Finding my path to peace was harrowing experience. I was subjected to extremist indoctrination and automatic weapons training at the age of seven by my father. In this book, I trace the journey to escape my father’s terrible legacy. Moving to eastern United States, from Pittsburgh to Memphis, from a mosque in Jersey City to the Busch Gardens theme park in Tampa, the book talks about my story as a boy inculcated in dogma and hate—a boy presumed to follow his father’s footsteps—and an adult who chose a different path.

Q- Tell us something about your childhood?

For me it was a childhood amid terrorism. I was born in Pittsburgh, Pennsylvania, in 1983 to El-Sayyid Nosair, an Egyptian engineer and loving American mother and grade school teacher. It wasn’t until I was seven that major changes came in my life.

On November 5, 1990, my father shot and killed the leader of the Jewish Defense League. While in prison, Nosair helped plan the bombing of World Trade Center in 1993.  In one of his infamous video messages, Osama bin Laden urged the world to remember my father.

Q-  What happened after your father was acquitted?

I was shocked to learn about the terrorist activities of my father. So was my mother. After my father’s incarceration, my family moved more than 20 times, haunted by and persecuted for the crimes of my father. We had to move to protect our safety. And we kept moving—and lived on the edge of poverty. We changed our names to protect our safety. I would come home in tears. And I would sit in my bedroom.

I couldn’t make friends and became a target of bullying at school. Due to the rejection I suffered, I was driven to the verge of suicide. There were times when I would bang my head against the wall just so that I could try and create a physical pain to subdue the emotional pain I was feeling. I never went to a movie. I never went out and hung out with friends, I had no social interactions. I was extremely isolated. We then changed our names and identity.

Q- How did you get the courage to come out with your experience?

Few years ago, I decided to go public with my story and offer myself as an example of someone who was raised by a fanatic, yet came to embrace non-violence. The first two people to whom I disclosed my identity were close friends, and it was a very positive experience for me — they didn’t judge me for my father’s actions. I think perhaps because of that experience I felt I would be accepted by everyone, and then I told a co-worker about my father.

He was so angry that he wanted to kill me with a knife. That was the time I realised I would have to be careful before I talk to someone about my identity.

Q- Which incident made you feel you could bring about a change?

I had started meeting people with different backgrounds, transcending religion, race and sexual orientation. But it was during the 2000 presidential elections, through a college prep program, that I was able to take part in the National Youth Convention in Philadelphia. My group’s focus was on youth violence. And having been the victim of bullying for most of my life, this was a subject which I was particularly passionate about.

The members of our group came from different walks of life. I befriended a kid who was Jewish and I realised there was no natural animosity between us. I had never had a Jewish friend before and I was really proud of this achievement. Another major turning point came when I found a summer job at Busch Gardens, an amusement park. As chance would have it, I had the opportunity to work with some of the gay performers at a show there, and soon found that they accepted me as I was.  But it was during one of the conversations with my mother about my thoughts about the world that I came to know that she was tired of the world hatred and wanted everything to change.

Q- Do you think violence is a solution to the problems in the world?

As an adult, I realised that perpetuating  this cycle of violence only makes things worse. Because the cycle of violence will never end, unless we put a stop to it. That’s why non-violence is so important in the world. Also, an FBI agent who was involved in the acquittal process of my father once told me, “I am really happy you chose this path. It made me realise that it is only with a heart full of love and peace that you can change people’s perception towards you.”

There are many initiatives being taken by people around the globe, who are stating their love for one another publicly through the web and social media. They are professing love for one another, upending the notion that we have to be enemies, or really that we are even all that separate to begin with.

Q- Many young people are being recruited by terrorist groups? How can these youth be channelised?

Groups like Al-Qaeda, like ISIS, are not  the cause of extremism. They are a symptom of a society that lacks the most basic  things that humanity needs: opportunity, giving people a sense of purpose, and creating an environment where we  can educate ourselves and our children.  In the age of technology, they are using social media to spread their message.

This gives their brand a recognition and  due to this they are able to marginalise groups and spread fear among the  common people. I now understand  that there’s a reason that murderous  hatred has to be taught — and not just taught, but forcibly implanted. It’s not a naturally occurring phenomenon. It is a lie.  It is a lie told over and over again—often  to people, especially youth, who have  no resources and who are denied  alternative views of the world. I am meeting these youth and trying to change their mindset that when I can do it, even they  can change themselves.

Q- What do you think is the lesson one can get from your life?

My life is proof that violence is not inherent in one’s religion or race, nor is it mandated that the son must follow the ways of his father. Everyone has a choice. Even if you’re trained to hate, you can choose tolerance. You can choose empathy. I have dedicated my life to speaking out against terrorism and spreading the message of peace and non-violence. So anyone can do this.