I should not talk about politics in this responsibility: Venkaiah Naidu 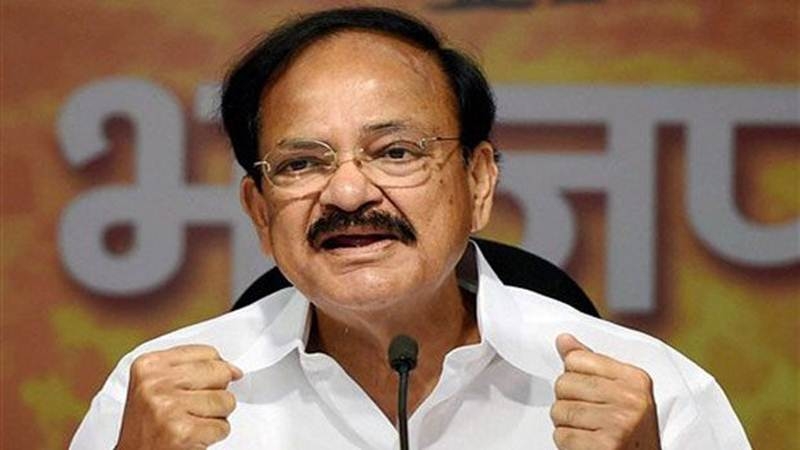 Hyderabad: Vice President-elect M VenkaiahHyderabad, Aug 9 (PTI) Vice President-elect M VenkaiahNaidu today said he should not talk about politics in his new responsibility, but that does not mean he should not raise issues concerning the people. Naidu also said that he was studying how his predecessors and towering figures like S Radhakrishnan and Zakir Hussainfunctioned in the office of the vice president.

NDA nominee Naidu was last week elected as India’s nextvice-president. “I should not talk about politics in thisresponsibility (vice president). Not supposed to speak(politics) and I am not going to speak also. It does not meanone should not speak about issues concerning people’s livesand what is good for people,” Naidu said during an interactionwith journalists. He said he would also consult officials on how to goabout in the new responsibility. As chairperson of Rajya Sabha, Naidu said he would striveto see that the House takes up constructive debates.

He said he would try to see that all members, including those from opposition, also get a chance to speak. He would also facilitate an environment for passing government bills. “I am studying how Radhakrishnan functioned, what Hidayatullah did and what Zakir Hussain did,” Naidu said. Observing that poverty, illiteracy, economic disparities, discrimination towards certain sections and negligence of environment continued, he said development should be the country’s agenda.

Naidu recalled his over four-decade-long associationwith Hyderabad and said he used to sit in the undivided AndhraPradesh Legislative Assembly library for hours when he was amember in the early 1980s. Noting that he had a close association with scribes inHyderabad, he said journalists had a major role in his successin public life.