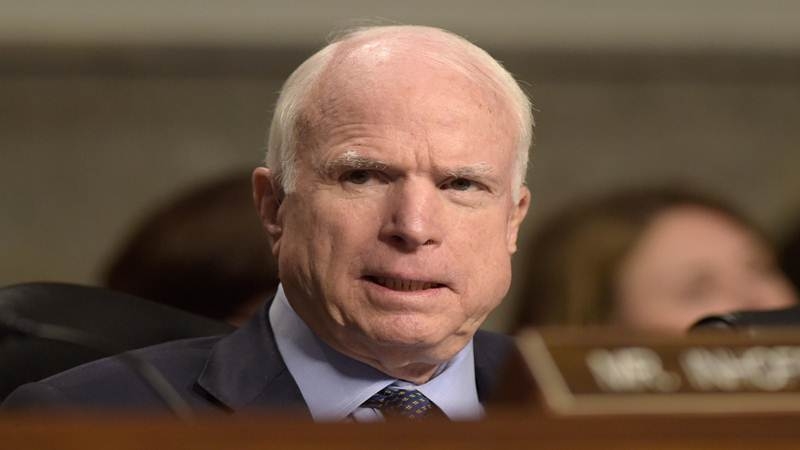 Washington: US Senator John McCain has admitted that he gave the FBI a dossier detailing claims of a Russian blackmail plot against President-elect Donald Trump.

The Arizona lawmaker, who is a longtime Trump critic, made the public statement on Wednesday as questions piled up about his alleged role in spreading an unverified and error-riddled document that Trump has denounced as “a complete and total fabrication.”

Also Read: Will come out with major report on hacking in 90 days, Donald Trump

“Late last year, I received sensitive information that has since been made public,” the New York Post  quoted McCain in its report.  “Upon examination of the contents, and unable to make a judgment about their accuracy, I delivered the information to the Director of the Federal Bureau of Investigation.

That has been the extent of my contact with the FBI or any other government agency regarding this issue,” the senator said.  Watergate reporter Carl Bernstein, who contributed to a story about the dossier reported by CNN on Tuesday, said McCain was given the document by a former British ambassador to Moscow.

“It came from a former British MI6 agent who was hired from a political opposition research firm in Washington who was doing work about Donald Trump for both Republican and Democratic candidates opposed to Trump,” Bernstein told CNN.

“They were looking at Trump’s business ties. They saw some questionable things about Russians, about his businesses in Russia. They in turn hired this MI6 former investigator,” said the Watergate reporter.

“He then came up with additional information from his Russian sources. He was very concerned by the implications of it. He then took it to an FBI colleague that he had known in his undercover work for years,” Bernstein also said. “He took it to this FBI man in Rome who turned it over to the bureau in Washington in August,” Bernstein added.

“And then, a former British ambassador to Russia independently was made aware of these findings and he took the information to Senator John McCain in the period just after the election, and showed it to him – additional findings,” he added.

A spokesman for Russian President Vladimir Putin on Wednesday denied Russia has collected compromising information on Trump and dismissed news reports as a “complete fabrication and utter nonsense”. Dmitry Peskov insisted that the Kremlin “does not engage in collecting compromising material”.

McCain is no fan of Trump as he disavowed the President-elect weeks before the election.  During the campaign Trump said McCain wasn’t a war hero because he was captured during the Vietnam War.