‘I am an ocean of secrets’, says Manjari Fadnis 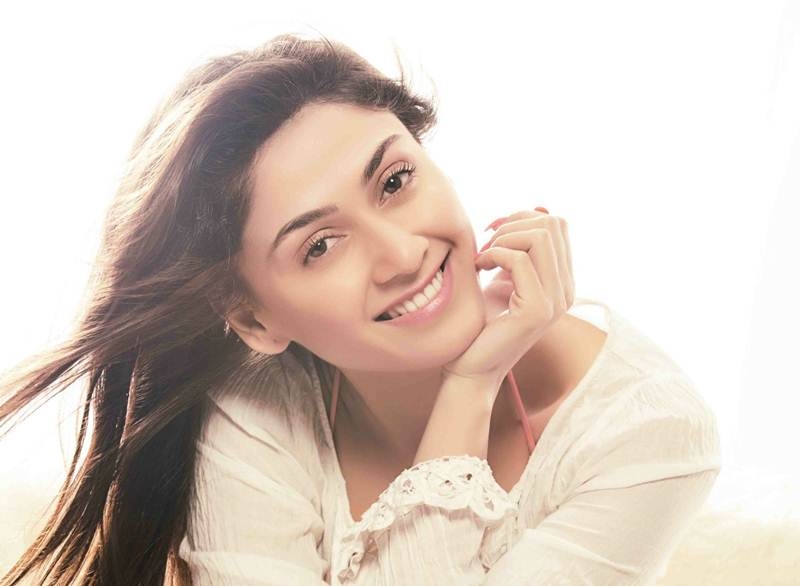 Despite having a not-so-memorable debut, the gorgeous Manjari Fadnis was touted as the next big thing in Bollywood. She turned out to be the surprise element in the runaway hit Jaane Tu… Yaa.. Jaane Naa. She is equally at ease in regional cinema (Tamil, Marathi and other languages) as much as she is in Bollywood. Not many know that, besides her good looks and acting prowess, Manjari is an extremely good singer. Excerpts from the interview:

Manjari, isn’t it ironical that you started your career with Rok Sako Toh Rok Lo, and given your current track record, there is ‘no stopping you now’?

(Laughs loudly). I simply love this question! I am extremely happy the way everything has been going in my life. As I have always said that I am a ‘lambi race I ghodi…. abhi tak thiki hui hoon’ (smiles).

I had read somewhere that you started your career with the singing reality show ‘Popstars’?

Yes, very much. I had reached upto the finals, but, could not make it to the band.

Last week saw the release of your film Baba Black Sheep. For those who are yet to see it, what is the film all about?

The film is about a simple guy named Baba played by Maniesh Paul, who has been born and brought up in Goa. His father (played by Anupam Kher sir) is a cashew dealer. On his 21st birthday, Kher sir reveals that, besides being cashew dealers, they actually are a family of contract killers and that Maniesh should now carry forward their ‘legacy’. But, Baba is such a person who just cannot kill even an ant! How he deals with the whole thing is what forms the crux of the film.

Baba Black Sheep touches upon various genres. How would you like to describe it?

How was it to work with Vishwaas Pandya, who is making his directorial debut in Bollywood?

If you see the film, there is not even a single scene which you feel has been directed by a debutante director. Vishwaas is very perfect in his work and knows exactly what he wants.

What are your expectations from Baba Black Sheep considering that it got released with the much talked about Rani Mukerjee starrer Hichki?

I am a very big fan of Rani Mukerjee and I am eagerly waiting to see her film. Being in the industry for so long, I know that there is place for two good films coming together.

How was it to work with Maniesh Paul?

All that I can say is that, Maniesh and I make a great team. You have to watch the film to know what I am talking about.

Baba Black Sheep boasts of stalwart actors like Anupam Kher, Annu Kapoor and Kay Kay Menon. How was your experience working with them?

Despite being legendary actors, they were extremely encouraging and humble throughout the making of the film. Even though they have been in Bollywood for such a long time, they still rehearse their scenes, which is such an encouraging thing for all the actors.

Not many know that you hail from a family of renowned singers. And that you also have a mellifluous voice. Why have you restricted your singing to Marathi and South films?

I assure you that it won’t be for too long that my voice will be heard (in Bollywood). I am getting ready with my first single called ‘Alvida’. It’s a very uplifting track about moving on in life. Besides that, I am also doing covers.

What about playback singing in mainstream Bollywood?

Without revealing much details at this moment, all that I can say is that you will surely hear a lot of me very soon.

Your father wanted you to be a doctor. But you chose showbiz as you could not handle blood and dead bodies?

I wanted to be a psychiatrist, actually. But, because of the reasons which you stated, I chose not to get into the medical field. But today, I am way more grown up to understand the finer points of the profession.

If that’s the case, then, how do you handle emotional scenes in films?

When I do emotional scenes on screen, I am not Manjari. I become the character. I put myself into the shoes of my character. So, it becomes easier for me to change gears from being Manjari to the required character.

I am a Cancerian woman. I am an ocean of secrets! All my friends trust me with their secrets. It always remains safe with me.

And, what’s the secret about you that nobody knows?

On personal front, now that you know French, which are the other language/s you want to learn?

(Totally stunned). Oh My God Satish! Are you spying on me? I am totally impressed with your research for this interview. As for your question, I want to learn and master Marathi.

What next after Baba Black Sheep?

As I said, I will be doing a lot of singing. Besides that, there is a short film with Jackie Shroff, Arjan Bajwa, Divya Dutta, Neetu Chandra and others. Rest of the stuff are in the ‘talking stages’, which I will update you as and when.

Cite reasons as to why anyone should watch Baba Black Sheep?

It’s a very different and a very out of the box film. It’s fast paced and is entertaining from start to end. It’s got a lovely cast with a supercool concept.