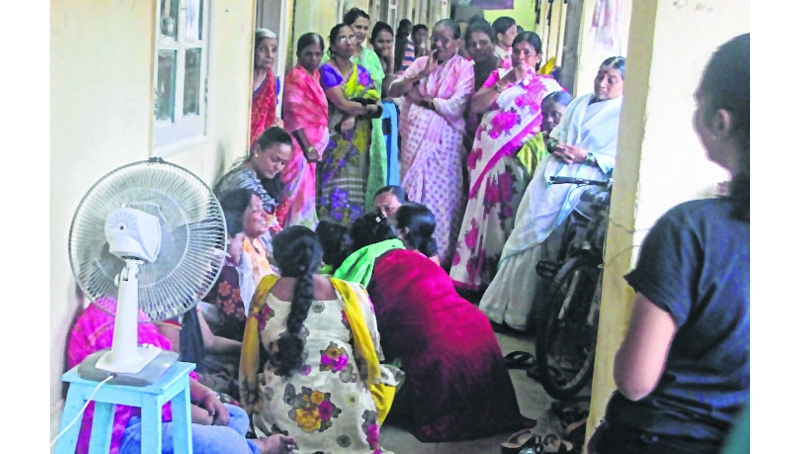 Mumbai : A family of four, depressed by their financial woes, committed suicide by consuming poison at their residence in the government colony at Kherwadi, Bandra (E), on Friday.

Rajesh Tulsiram Bhingare, 45, his wife Ashwini, 42, and their two sons Tushar, 23, and Gaurang, 19, consumed poison used to kill cockroaches. They resided at flat number 210, Building 2, at the government colony. According to Kherwadi Police, neighbours called the police at 1 pm on Saturday after a foul stench began emanating from their flat. A handwritten suicide note was found at their residence, signed by Rajesh, which said that the family took the extreme step due to financial crisis. The door was locked from the inside when police reached the spot. After breaking open the door, police rushed them to Lokmanya Tilak Municipal General Hospital at Sion, where they were declared dead on arrival. Police suspect that the couple might have mixed poison in their food.

Rajendra Patil, Senior Police Inspector, Kherwadi Police, said, “We suspect that Rajesh, Ashwini and their two sons Tushar and Gaurang must have committed suicide on Friday night. We are investigating if the couple had any debts or loans to pay. The exact

cause of the financial problem is not yet known. But we have recovered a suicide note mentioning a financial crisis. We have recorded the statements of their neighbours.”

Rajesh was working as a peon at a rationing office in Churchgate, while Ashwini was a homemaker. Tushar and Gaurang were studying at private colleges. An Accidental Death Record (ADR) has been registered by police on Saturday. The post-mortem report is awaited.