How to stay away from fearful thoughts 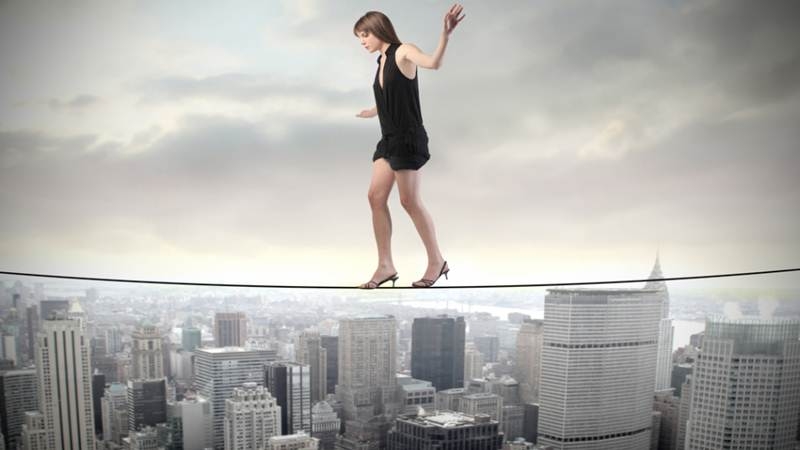 “What we fear doing the most is usually what we most need to do,” are incredible lines penned by Tim Ferriss. Aeons ago a lily-livered tutee approached a Zen Master, who through resolute practice had acquired the ingenuity and virtuosity of martial arts. The disciple was desirous of imbibing the characteristics of valour and hardihood. The compassionate and enlightened master was prepared to impart these qualities to the mentee, but only on a draconian and uncompromising condition.

He stipulated that the strapping youth had to live in a large city for a month. During this period, he had to look into the eyes of fellow tutees, without any fear or favor and unhesitatingly disclose that he was a recreant and a caitiff to boot. Though devastated, he was left with scarce option and decided to embark upon the directives of the master with the faith that he would learn the craft.

Initially, the task was an arduous one. A part of his mind quailed and recoiled. But in the end, his mind was made up, willing to pick up the gauntlet. It abruptly dawned on him and he was impressed with the story of Gautama Buddha. Once the Sakhyan prince attained enlightenment, he too had wandered as a bhikhu seeking alms. So, did several other monks. There were thousands of estimable individuals from opulent and celebrated families, who had in an audacious manner taken part in the Buddha process of seeking alms. This act dismantled and torpedoed arrogance and each and every individual had sublimated the ego.

Thus, by gazing into the eyes of the other mentees, the postulant was merely surrendering his amour propre and gaining in inner strength and valour. In a fine-drawn and abstruse manner the objective as laid by the Zen Master was being realised. Over a period of time, the mind of the freshman became brawny and robust. The recesses of his mind, once host to Sisyphean emotions, were becoming balmy and temperate. Then came a moment when he succeeded in extricating himself from the cesspool of disquietude in his mind. He was to realise that at the Zen Master’s bidding and grace the feelings and emotions of perturbation, unrest and inquietude which had once enveloped his mind, had soon evanesced.

Upon completion of this emotionally and mentally gruelling training, the tyro approached the master. An avalanche of emotions engulfed his body and soul. Tears streamed down as he posed a question to the Zen teacher, “Master, undoubtedly the technique designed by you is of great potency. It has paid enormous dividends. However, I would like to know why you adopted this strategy?” The Master was candid enough to state that the mind is where habits are formed. An individual could be habituated to pusillanimity and timorousness or to gallantry and audacity. This is a journey which a true seeker traverses on his own steam, all the while with the gentle nudging of the master. Of course, he added that the practice was the tutees to perfect.

With regular implementation and regulation, we can metamorphose and transfigure our minds to become resolute and sinewy and stave off fearful thoughts. The Zen Master was to add, “Bravery can be converted into an efficacious habit. Individuals, seekers, and practitioners of martial arts become mettlesome and intrepid warriors where bravery becomes their second nature. The country was Japan.

There were fratricidal wars being fought across the feudal country. Battle-fatigued, rampaging armies ran amok in the countryside. Village after village was felled. Every denizen of a village beat haste and scurried away to a safer sanctuary, barring an old monk. The monk remained unfazed and continued with his practice of meditation and breathing. “How dare you defy the diktat of the commander?” “Do you not fear for your life, as you squat before a man who can rip you apart in the blink of an eye,” snarled the General.

In the most impassive manner, the old Monk intoned in his baritone, “I do realise that I am in the presence of an arrogant and thewy General, but that would never come in the way of my practice of meditation and breathing practice.” The monk, through continuous and regular practice of meditation and breathing practice had overcome the negative emotion of fear. He was no longer attached to his mortal self or to any of the material accoutrements and appendages.

Maharishi Patanjali in his treatise Patanjali’s Yogasutra wrote, “Tado drashtu swarupe avasthanam.” This implies that a seer rests or remains in his/ her true or authentic nature. It is with enormous discipline the seer unites with the true inner self, to coalesce and blend together all lose tenuous ends of one’s existence. Sage Patanjali further added, “Vrutti saruyamitrarata”; an evolved personality blessed with the pristine qualities of hardihood and spunk is perpetually identified with the vagaries and modulations taking place in the human mind.

Maharishi Patanjali elaborates that the human mind is ceaselessly and incessantly in the quest of demanding proof, trying to grapple with incorrect understanding of the subject, either delving into imagery and imagination in nidra, that is in a state of deep sleep or somnolence, or existing on past impressions or memory.

However, a sagacious soul is one who through vigorous tapas, abhyasa (practice) and vairagya (dispassion) is a triumphant individual who has crossed the Rubicon. Such an individual is aerobicized enough to deal with these situations which inherently impede the progress of the ordinary or an obdurate mind traversing the path. Such an individual is in the state of ‘the present moment’, which is inevitable. In this blissful state of high morale and pristine disposition, anyone, be it a seeker, a savant, Zen Master or novice, anyone can expatriate fearful thoughts.