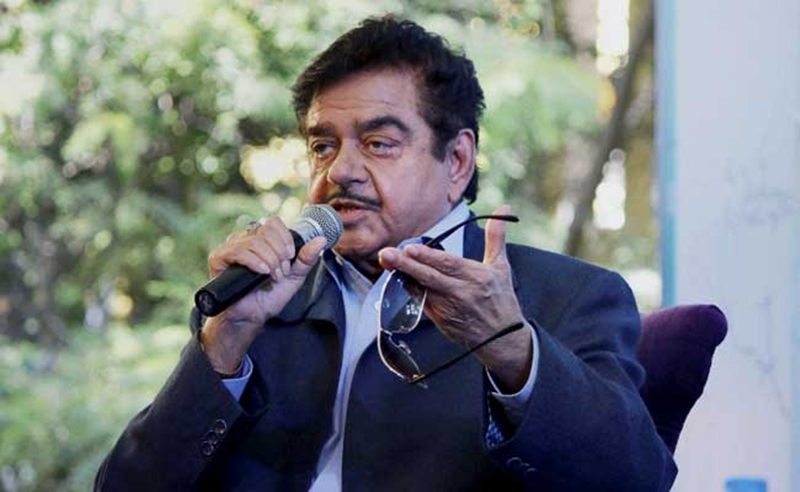 Mumbai: The intrepid BJP politician Shatrughan Sinha has a word of advice for his friends Rajinikant and Kamal Haasan who have announced their entry into politics. “I hope they have worked out their political screenplays in some detail before taking the plunge. Mujhe aisa lagta toh nahin hai (I don’t think so).I hope I am wrong. Because politics is no bed of roses,” he says.

“Actors come from a world of glamour. They are addicted to glamour. In politics, there is a lot of power. And power is extremely glamorous. Actors come to politics in the hope of building on their glamour and fame,” Shatrughan adds. But the truth, he says, is somewhat removed from expectations. “Rajinikanth and Kamal Haasan should be very clear on why they want to come into politics. Why just Rajinikanth? Even Kamal Haasan is a very good friend of mine. They never sought my advice before plunging into politics. If they had, I’d have warned them about the pitfalls of politics,” he told this correspondent.

“Look at the way I’ve been treated by my parent party. I was given to understand that I’d be given cabinet rank. Instead a television actress was given cabinet position. I was only subjected to humiliation and indifference. We actors are brought into political parties to draw in the crowds. But when we do draw in the crowds the party gets insecure about our popularity. It’s really a very tricky situation,” Shatrughan said.

Did Rajinikanth seek his advice about plunging into politics? “No, Rajini didn’t seek my advice. If he did I’d have advised him against it. Look, it’s not going to be easy. M K Stalin has a very strong power-base in Tamil Nadu’s politics. He has done a lot for the people. Rajini can’t ignore Stalin’s position. And why are we only talking about Rajini? He too will find the going really tough,” he said.

Shatrughan is of the opinion that it was not easy to convince voters that you are a capable leader just because you’re a popular actor. “Rajini speaks of ‘spritual politics’. At a time when scamsters are running away with billions of India’s money, you can’t change politics with spirituality. Desperate situations cause for desperate remedies. Can Rajini and Kamal deliver?” he asks.