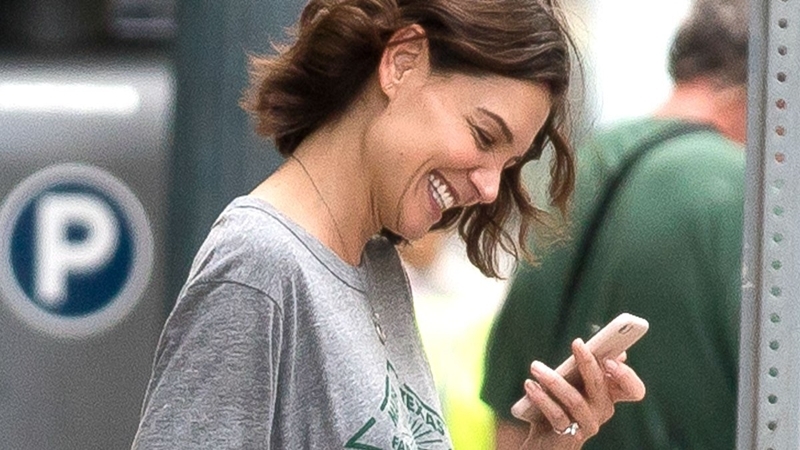 Los Angeles: Actress Katie Holmes has sparked engagement speculation with a diamond ring she flaunted on her left hand. She stepped out on Wednesday flaunting a sparkler, and was all smiles as she was photographed taking a break from filming while in New Orleans. A representative for the actress told people.com the ring is not an engagement ring.

“Katie’s not engaged to anyone besides her fictional movie fiance, played by Jerry O’Connell,” the representative said. Holmes is filming “The Secret”, based on the book of the same name which focuses on the power of positive thinking. She has been linked to actor Jamie Foxx since August 2013. The pair has been recently photographed showing more public display of affection and enjoying time together.

In September, Holmes made frequent trips to Georgia to visit Foxx while he filmed his upcoming movie “Just Mercy” where they enjoyed a bike ride and a gym session together.