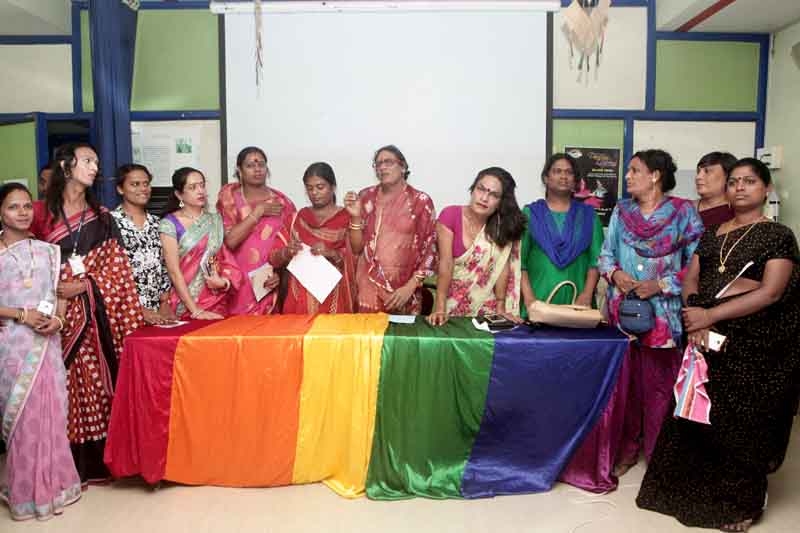 Mumbai : The transgender community, commonly known as hijras, has demanded that the new Transgender Persons Bill, 2016, be scrapped, for a number of reasons, including the fact that it is silent on the subject of granting them reservation in education and jobs under the Other Backward Classes category.

“We say we are Hijra. How can somebody say we are not,” asked Muzra Nani, addressing a press meet on Wednesday. She was questioning the Bill that was approved by the Union cabinet recently.

The Bill requires a medico-legal panel to determine their gender and issue certificates. “The cornerstone of both the 2014 NALSA (National Legal Services Authority) judgement and the private member Tiruchi Siva Bill was the right of transgender persons to choose their own identity. The requirement of a certificate of approval from a legal body contradicts the initial spirit of the judgement,” said a press release from Humsafar Trust, which had organised the press meet.

The community condemned the Bill saying it criminalises Hijra culture by banning begging and interferes with the Gharana system which is like a family to Hijras. “The Bill wants to send us to rehabilitation homes. Why? Can’t our people look after us?” asked Priya Patil, a transgender.

They also said that the Bill was totally silent on reservation for the community under the OBC category in education and employment. “While it promises inclusive education, but how can it happen without reservation, when there is so much discrimination,” they questioned.

Members of the community were not consulted in the haste of making the bill, they said. While initially only 10 days which were kept to call for consultations, it was later extended to 20 days.

“The fact that those who drafted it had no knowledge about our community is evident in the way they have defined a transgender and the language they have used,” they said.

The definition of transgender is offensive and misconceived, they said. The bill defines such a person as someone ‘neither wholly male nor female, a combination of male and female.’

They also pointed out that the bill seeks to replace the provision in the 2014 Tiruchi Siva Bill for National and State Transgender Commissions by a National Council for Transgender Persons.

“How will we reach them with our grievances if there is only a National Council at the capital,” they asked. “We want this Bill to be scrapped. We cannot accept a Bill that does more to criminalize us than to protect us,” they added.