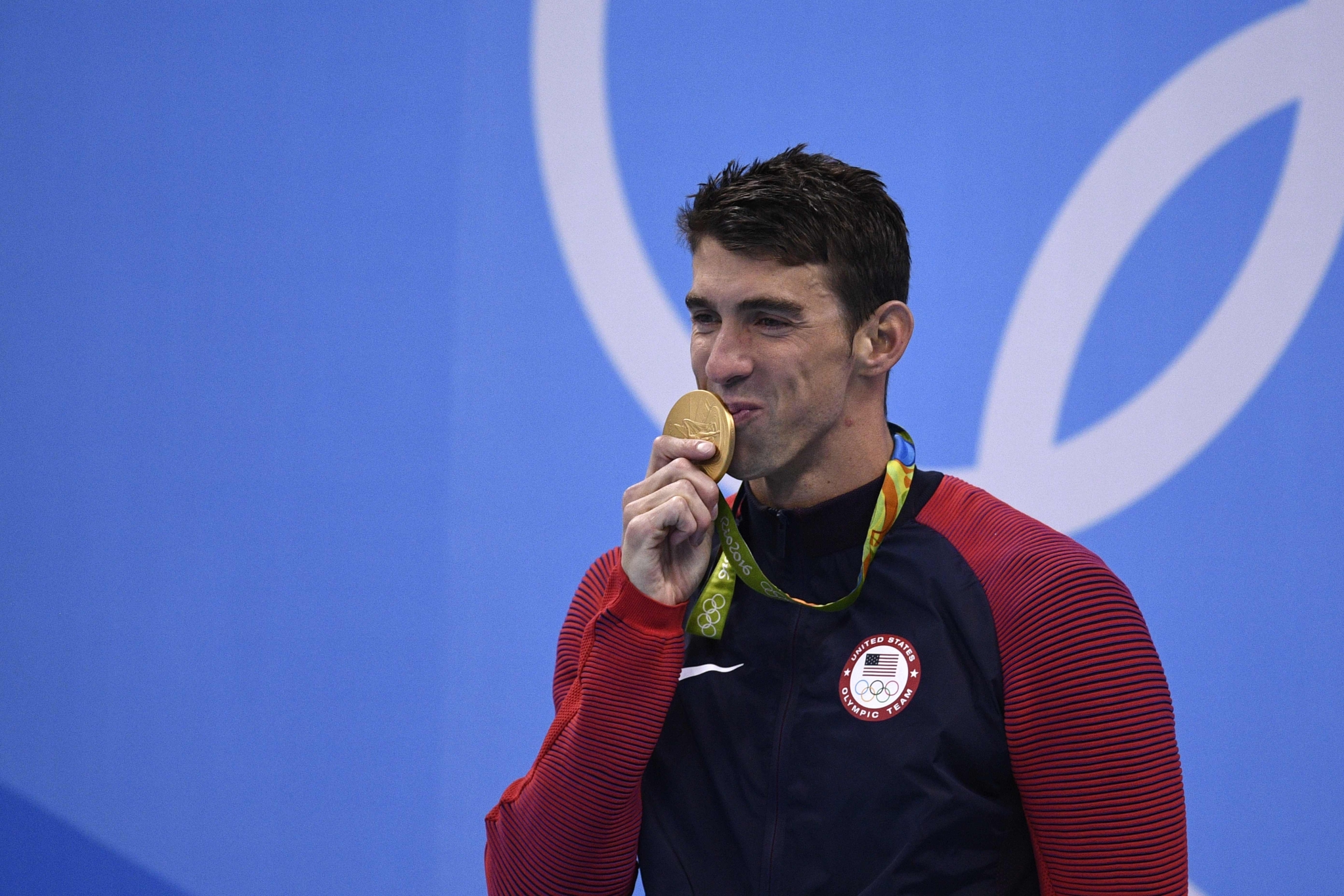 USA's Michael Phelps poses with his gold medal on the podium of the Men's 200m Individual Medley Final during the swimming event at the Rio 2016 Olympic Games at the Olympic Aquatics Stadium in Rio de Janeiro on August 11, 2016. / AFP PHOTO / Martin BUREAU |

Rio de Janeiro: It was a night of high drama at Rio’s Olympic Aquatics Stadium on Thursday with a new Michael Phelps record, a dead heat and Canada’s first gold medal of these Games.

Phelps became the first swimmer to win the same event at four consecutive Olympics when he claimed the gold medal in the men’s 200m individual medley, reports Xinhua.

While the landmark is a swimming first, two other athletes have achieved the feat in other Olympic sports: Al Oerter in discuss and Carl Lewis in long jump.

Phelps could also perform the so-called four-peat in the 100m butterfly here.

Thursday’s victory was Phelps‘ 22nd Olympic gold medal as he continues to extend his record as the most successful Olympian of all time.

On Friday, he will compete in the final of the 100m butterfly and he is expected to also take part in the 4x100m medley relay.

He backed up his win on Thursday by returning to the pool half an hour later for the semifinals of the 100m butterfly, in which he qualified fifth for the final. Singapore’s Joseph Schooling was fastest in 50.83 seconds.

Thursday’s dead heat came in the women’s 100m freestyle final, in which US swimmer Simone Manuel and Canada’s Penny Oleksiak both finished in an Olympic record of 52.70 seconds. Sweden’s Sarah Sjostrom took the bronze medal in 52.99.

Australia’s Bronte Campbell, who qualified fastest for the final and set a world record in the event last month, was fourth in 53.02 seconds.

It was Canada’s first gold medal of these Games and the US’ 16th, 11 of them coming in the pool.

Oleksiak has also claimed silver in the 100m butterfly and bronze in the 4x100m freestyle and 4x200m freestyle here.

His time fell narrowly short of the Olympic record of 1:53.41 set by the USA’s Tyler Clary at the London 2012 Games.

Meanwhile Hungary’s Katinka Hosszu qualified fastest for the women’s 200m backstroke final on Friday with a time of 2:06.03. Canada’s Hilary Caldwell was second, 1.14sec behind, and the USA’s Maya Dirado third, 1.5sec further back.

In the 50m freestyle semi-finals, France’s Florent Manaudou touched the wall first in 21.32, 0.14 seconds ahead of both Andrii Govorov of Ukraine and the US’ Anthony Ervin.