Height barriers to installed on Mumbai-Pune expressway to avert accidents 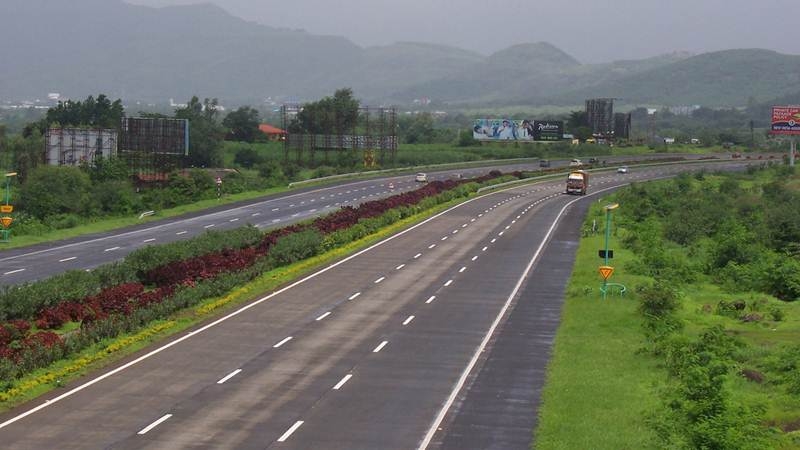 Mumbai: In a bid to avert accident in ghat section of the Mumbai-Pune expressway, the Highway Police will soon install height barriers to restrict heavy and other multi-axle vehicles entering the first lane. The Maharashtra state highway police has been working on this project for the last four months to install the height barriers between Khalapur and ghat section on the E-way.

The Additional Director General of Police, (State Traffic), RK Padmanabhan said, “We have identified 36 locations, prone to fatal accidents, in the ghat section where the height barriers will be installed to restrict the heavy vehicles entering the first lane of the Mumbai-Pune expressway.” The height of horizontal beam of the barrier will be 16.5 feet and hanging belts are about 6.5 feet. Whereas the length of the horizontal beam will be 18 feet. These barriers will be installed at every 300 metres in the ghat section of the expressway.

Also Read: Travel time on Mumbai-Pune expressway set to be cut by 30 minutes

The officer said that these height barriers will help in reducing accidents and bring traffic jams to a new low on the expressway. HDPE pipes will be used for vertical beams and acrylic pipes (flexible) for horizontal beams to avoid being knocked down by heavy vehicles. In a bid to alert the motorists about upcoming height barriers, a signage will also be installed few metres before it that will be easily visible and readable even during night.

Padmanabhan stated that the main reason behind accidents on the expressway was lane cutting. “The height barriers will force heavy vehicle drivers to follow lane discipline and deter them from cutting lanes. Most of the drivers lack knowledge, skill as well as discipline. The heavy vehicle drivers generally weave diagonally across lanes on theexpressway instead of moving in an orderly progression. Also, they hardly use blink indicators before cutting lanes that surprises other drivers behind them. These are some of the major reasons of fatal accident on the expressway,” said Padmanabhan.

The police registered 1,15,711 cases of lane cutting during January-July 2017 and the fine collected for the same was over Rs. 2.32 crore. Overspeeding is another reason for accidents. Currently, the speed limit is 80 kmph but the State Traffic has asked Maharashtra State Road Development Corporation (MSRDC) to form a committee and come up with new speed limits.