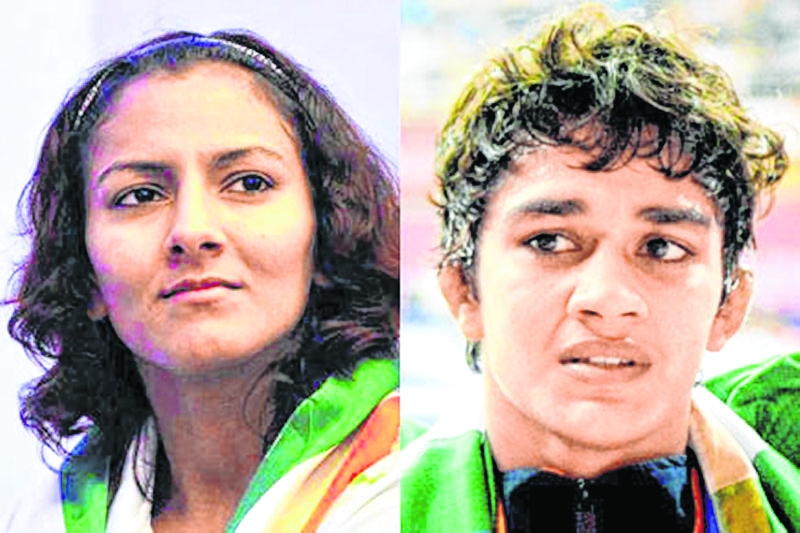 Chandigarh :The government of ML Khattar in Haryana has surely qualified for the event of somersault. It did so in the face of public outcry over an absurd diktat – asking sportspersons employed with the state to deposit one-third of their earnings in the government coffers.

Initially, the state Sports and Youth Affairs Minister had the gall to defend the move and insist that it was not aimed at income generated from amateur sports. ‘‘Here, we are talking about income from professional sports. It is an old service rule, as per which if any government employee generates commercial income or professional income, then he shall have to deposit one-third of such earnings,” he added.

Incidentally, the said notification was issued by Principal Secretary (Sports and Youth Department) Ashok Khemka who had hit the headlines during his stint as head of land registration department when he had alleged irregularities in land deals involving Robert Vadra.

The money, the sportspersons were told, shall be used for the development of sports in the State.  Babita Phogat, who won a silver at the Gold Coast Commonwealth Games, called the order disheartening. “This notification will hamper an athlete’s preparation. How can the government give such an order? We pay taxes over whatever we earn and now this notification to pay one-third,” she told news agency PTI.”Can the government understand how much sacrifice an athlete and his or families have to make to earn a medal for the country? The Haryana government should immediately take this order back and review it,” she added.

“I have not yet seen the notification, I am only coming to know of it through media reports. I can only say that the athletes who compete in Olympic sports are already from very poor families,” said double-Olympic medallist Sushil Kumar, who is with the Railways Sports Promotion Board.”The government should make policies which encourage athletes. I haven’t heard of such a policy anywhere else in the world. The athlete should be competing with a free mind, not with stress like this,” he added.

The Haryana government had earlier courted controversy when it had decided to reduce the prize money for those Commonwealth Games medal winners from the state who were employed with other departments or states.