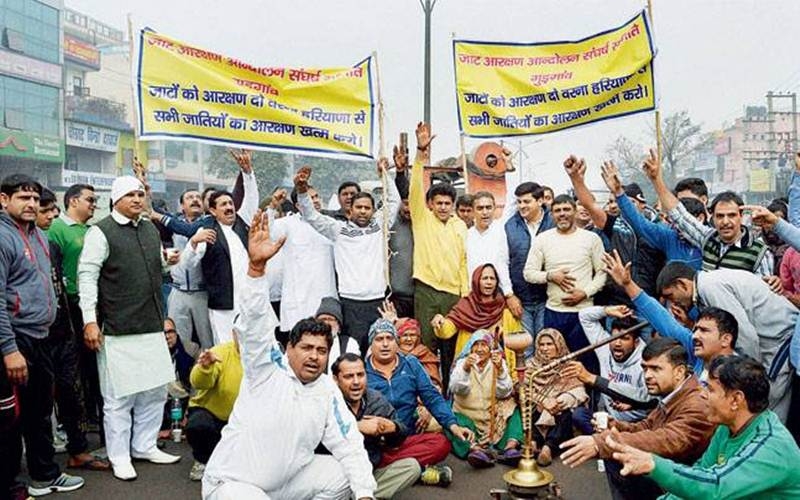 Chandigarh: The Haryana government has recommended a CBI probe into the incidents of arson and violence during the Jat agitation for reservation in Rohtak, including the attack on the residence of state Finance Minister Capt Abhimanyu.

The Centre has been requested to probe the “criminal and political” angle to the large-scale violence and vandalism of public property, including the residence of the Inspector General of Police (IGP), the Circuit House, the minister’s house and government buildings, a source said.

Rohtak was the epicentre of the Jat agitation for quota in jobs and education in which over 30 lives were lost and property worth hundreds of crore of rupees was destroyed. Several government and private buildings were damaged by protesters, including Capt Abhimanyu’s palatial house, which had evoked widespread criticism and anger.

On February 19, a mob broke into the minister’s house, set it ablaze and allegedly tried to kill nine members of his family. The minister, who was in Chandigarh at that time, had later said, “It was a political conspiracy to wipe out my entire family… This was a conspiracy by disgruntled elements and political opponents who could not make it to power corridors through democratic ways.”

The minister has welcomed the probe by the central agency, saying “everybody wants to know the truth”.