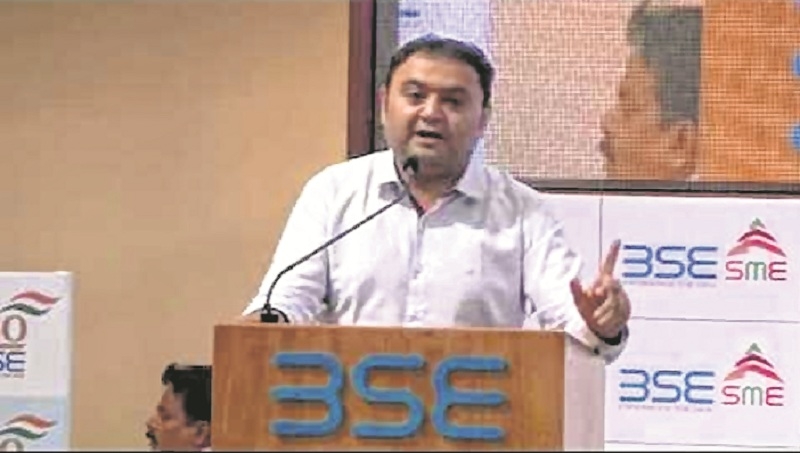 Mumbai: Dadar police investigating the disappearance of businessman Harshad Thakkar, is yet to get details of the Forensic Science Laboratory (FSL) of a body found on October 7, are suspected to be him. However, they are yet to get a link to the cause of his death. His family and business sources said Thakkar had a flourishing business.

An insider from Ashapura Intimates Fashion Limited, requesting confidentiality, said, “The company owned by Thakkar made `64 crore profit in the last quarter. The news of Thakkar disappearing due to losses on the business front are completely untrue and baseless.”

However, there is no clarity on the family investments which had failed, for which Thakkar had blamed himself. Thakkar was the chairman and managing director of Ashapura Intimates Fashion Limited. The Kalina FSL officials are likely to submit the DNA reports on Friday to ascertain if the partially decomposed body found is Thakkar. “Yes, he did invest his personal cash in the business, after which when the market crashed, he slipped into depression due to personal losses and disappeared by leaving behind a note,” said the source.

The owner of lingerie manufacturing company reportedly left a note in which he had apologised for letting down the company stakeholders. Thakkar was last seen at his Dadar office, on October 2, after which for the next six days there was no clue of his wehreabouts. His family filed a missing person’s complaint on October 8.

Marine Drive police found an unidentified body matching Thakkar’s description a day prior to the complaint and called his family for identification. Since the body found was partially decomposed, DNA samples were collected from the family members and sent to the Kalina FSL to ascertain the identity.

Dr Krishna Kulkarni, a doctor from the FSL said, “The reports are likely to be submitted to Marine Drive police on Friday morning. Police will be able to provide more insight into this matter only after Friday.” He is not in a position to comment on the development, he said.