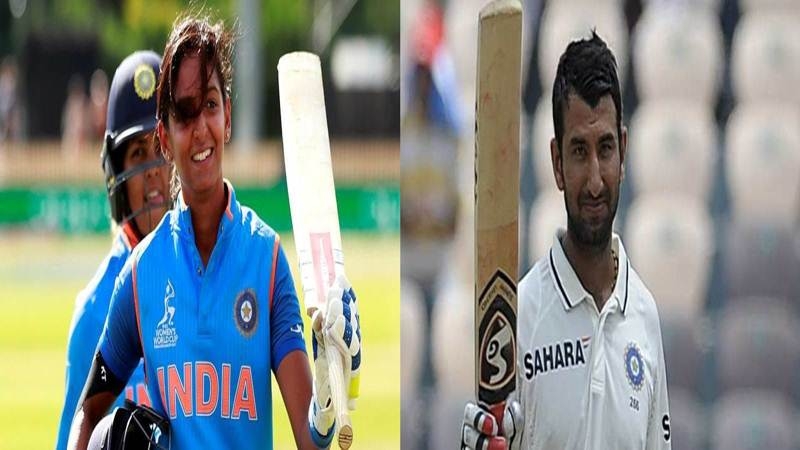 Jhajharia, he had won his medals in the javelin throw event. The committee has picked 31-year-old midfielder Sardar as its second nominee for the top honour and has suggested that both Jhajharia and Sardar be considered for the award jointly. The final call on this would be taken by the Sports Ministry.

Cricketers Harmanpreet Kaur and Cheteshwar Pujara along with Paralympian Mariyappan Thangavelu were among 17 sportspersons who will be getting the prestigious Arjuna Awards this year. The decision was arrived at a meeting of the Arjuna Awards committee which met here on Thursday.

Harmanpreet was rewarded for her performance at the recently concluded ICC Women’s World Cup. The experienced batter smashed an unbeaten 171 runs off just 115 balls to help India beat formidable Australia in the semi-finals. That innings made Harmanpreet the record holder for the highest individual score for India at the women’s World Cup. It is also the the second-highest score by an Indian batter in women’s one-day internationals, behind Deepti Sharma’s 188.

Pujara, who is currently playing his 50th Test match in Sri Lanka, has been in good form witth the bat in recent times. Thangavelu on the other hand, won gold in the men’s high jump T-42 category at the 2016 Paralympic Games in Rio de Janeiro. The Tamil Nadu athlete is India’s first Paralympian gold medallist since the Athens Games in 2004.

He was earlier awarded the Padma Shri on January 25 this year.