Khalnayak actor Sanjay Dutt celebrating 58th birthday today. Even at this age, Sanjay look tall, dark and handsome. But you know at small age Sanju baba look handsome boy since forever. His dad Sunil Dutt and mom Nargis was stars in Bollywood industry than of course Sanjay will also a star of Bollywood. 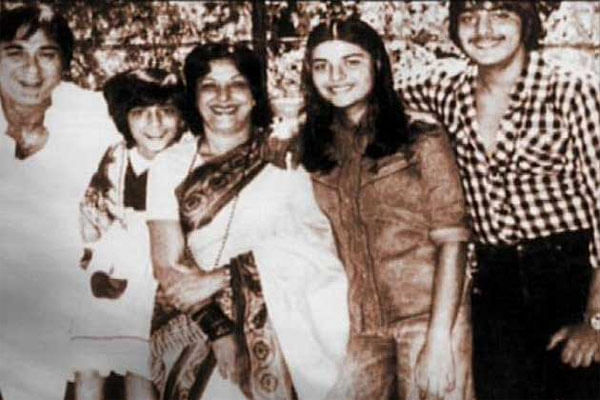 Wife Manyata wishes Sanjay on his birthday by sharing a picture on Instagram alongwith captioned, Being with you makes all the knots of life undone… happy birthday my love

Sanjay Dutt made his debut with the box office hit ‘Rocky’ in 1981. After that, he given a several hit like, Vidhata, Sadak, Saajan, Thanedaar, Khalnayak, Gumrah, Aatish, and among other. But he suitable in a khalnayak role as a villian. 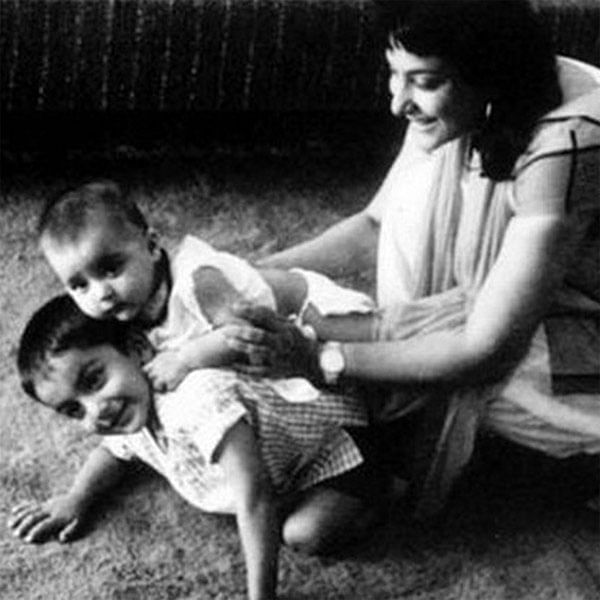 Dutt got married to Richa Sharma in 1987, but she died of brain tumour in 1996. The couple has a beautiful daughter Trishala, who was born in 1988. After the death of Richa, Dutt married to Rhea Pillai in 1998. The Dutt and Rhea got divorce in 2005. After that , model Manyata came into his life within 3 years. The couple got married in Goa at hush hush ceremony in 2008. The duo became a parents of twins Shahraan and Iqra in 2010. Now, Sanjay and Manyata and their two kids live happily!

On the work front, Sanjay will be seen in ‘Bhoomi’. Still the first look has been is out recently but we eagerly waiting for his look in his upcoming films. Otherside, Sanjay Dutt Biopic starrer Ranbir Kapoor will going released soon.

We wish Sanjay Dutt a very happy birthday and a prosperous life ahead.