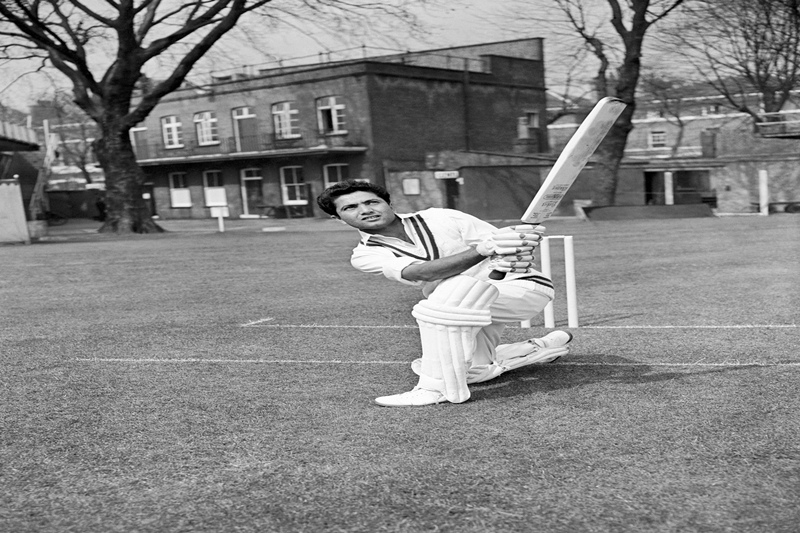 Reports emerged earlier in the day that Hanif passed away when his heart beat stopped for six minutes. He had breathing problems, owing to which he was shifted to a ventilator two days ago, reports Geo TV.

The 81-year-old is suffering from lung cancer for which he underwent surgery in London in 2013. He was admitted to the Aga Khan Hospital here three weeks ago after he experienced breathing problems, according to The Dawn.

Shoaib told reporters on Thursday that he was “misinformed” about his father’s death as his heartbeat became faint and the family mistakenly believed that he had passed away. But his breathing was restored after a six-minute gap.

Earlier, when the news of his illness had started making rounds, Prime Minister Nawaz Sharif had announced that the federal government would bear all medical expenses of the ailing cricketer.

Chief Minister of Sindh province of Pakistan Murad Ali Shah had also visited him at the hospital and presented a cheque worth one million Pakistani rupees (around Rs.6,40,000).

The cricket legend, nicknamed “Little Master”, played the longest innings in Test history — his 970-minute 337 against the West Indies in Bridgetown in 1957-58. The knock was followed a year later with the highest first-class innings at that point — 499 run out.

Hanif was known for his defensive batting but could attack when the situation called for it, and many claim he is the originator of the reverse-sweep.

The veteran was also named as Wisden Cricketer of the Year in 1968.