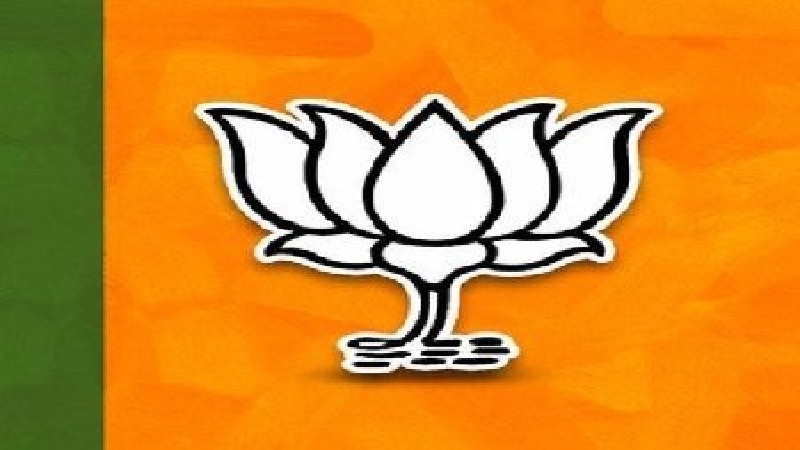 Gandhinagar: A solitary by-election to the State Assembly, which would not even alter the political equilibrium in Gujarat, should ordinarily be of little consequence. And yet the ruling BJP and the Opposition Congress is locked in a fierce, no-holds barred fight in Jasdan constituency of Rajkot district in Saurashtra region which goes to polls on Thursday.

It is a delightful irony that the BJP has put it’s might behind a long standing Congressman after fielding him as it’s candidate. Bavaliya has been a four term Congress legislator including in 2017. He was elected to the Lok Sabha on the Congress ticket in 2009. He quit the Congress in July this year and was inducted into the BJP within hours and made a full fledged cabinet minister.

Opposing him is a grassroot Congressman, Avsar Nakia, a panchayat leader. Coming as it does soon after the MP, Rajasthan and Chhatisgarh elections results, the BJP is facing an upbeat Congress which is leaving no stone unturned to ensure the defeat of it’s own one time veteran leader. Both sides are carpet bombing the constituency.

Such are the stakes that the BJP even risked the election commission’s wrath by making a policy announcement with just hours to go before campaigning came to a close on Tuesday. The Election Commission of India immediately issued notices to the Gujarat government for possible violation of election code of conduct by announcing electricity bill exemptions to the defaulting rural consumers and setting up of a branch of the All India Institute of Medical Sciences at Rajkot when Jasdan state Assembly constituency is going to a prestigious by-poll on Thursday.

As the campaigning for the seat in Rajkot district in the Saurashtra region ended at 5 PM on Wednesday, the BJP attempted to make full use of the government’s two announcements earlier in the day to canvass support for its candidate Kunverji Bavaliya, a minister in the Vijay Rupani cabinet. On complaints from the Congress for violation of election code of conduct, the ECI issued notices to the state energy and health departments to show causes for making the announcements when the model code of conduct was in force in Jasdan.

For the Congress, the cricketer-turned-politician and Punjab minister Navjyot Singh Siddhu concluded the show with a public meeting where, in his usual flamboyant style, he attacked his former party BJP and the prime minister Narendra Modi. “It is as impossible to make the BJP speak the truth as to sit an elephant on your lap and feed it,” Siddhu said amidst chorus of laughter from the audience. He also raised the farm loan waiver by the newly-formed Congress governments in Madhya Pradesh and Chattisgarh governments and reminded the voters that Modi despite making similar election promises did nothing to waive the farmers’ debts in the last 22 years the BJP was in power in Gujarat.

In an apparent bid to counter the favourable atmosphere – the loan waiver in MP and Chattisgarh – the BJP government in the state announced pending electricity bill waiver for all categories of rural consumers and the BPL families in urban centres in the state.

Congress campaigner Siddhu promptly described it as a “lollipop” by the BJP compared to the relief the Congress governments had granted in the two states.  The BJP is comfortably perched with 99 seats in the 182-member House, but Jasdan is a crucial pointer on two counts. Firstly it is a barometer on the popularity of the BJP in Gujarat which had barely scraped through in 2017. Secondly, it is Prime Minister Narendra Modi’s home state, where the BJP had bagged all 26 lok sabha seats in 2014. A repeat performance looks highly unlikely in 2019 but the by-election will provide the last indicator of the state of the government in public esteem. Thirdly, it will show how the electorate deals with a politician who switches horses mid-stream.