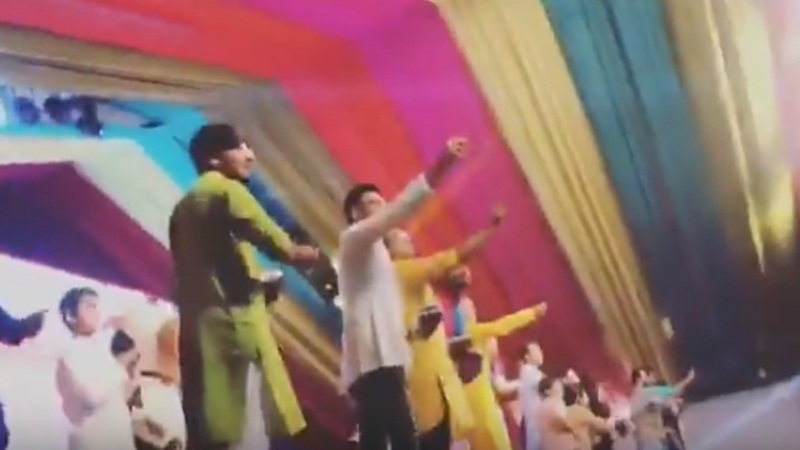 Ahmedabad: A 4-year-old boy was injured when Radio Jockeys (RJs) of an FM radio station allegedly threw CDs of a music album in a crowd of revellers at a garba dance event here, police said.

A case under section 337 of the Indian Penal Code (causing hurt through a rash or negligent act) was registered at Vastrapur police station against five RJs of 93.5 Red FM, an official said Wednesday. The alleged incident took place on the night of October 12. The FIR names Radio Jockeys Devaki, Aayush, Dhrumil, Nishita and Harsh. Bhavesh Jhalavadia, the boy’s father, said in his complaint that the RJs were throwing compact discs (CDs) as part of promotion of a music album at a garba event on Sindhu Bhavan road here which the family was attending.

One of the CDs hit the boy on the face, near the eye, he alleged. A video of the incident, showing the RJs throwing CDs at the crowd from the stage, circulated on social media. “Luckily, the child was not seriously injured. We will call these RJs to explain their side. No one has been arrested yet,” said police inspector M M Jadeja.