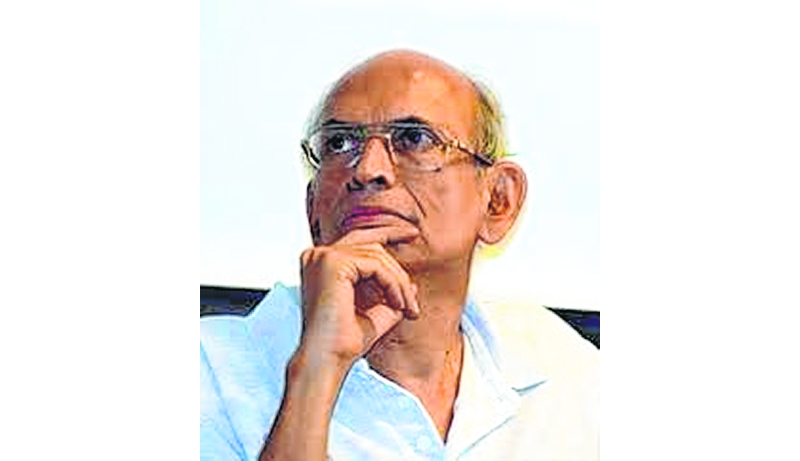 New Delhi : A 9-member panel set up by the environment ministry with renowned ecologist Madhav D Gadgil for the study of the Western Ghats had prescribed conservation of Kerala’s Western Ghats in view of its fragile mountain ranges. The government, however, stonewalled its recommendations like regulation of the nature exploitation and concrete construction along the ghats that could have prevented the state from battling the fiercest floods in a century.

The Pune-based Gadgil (76), founder of the Centre for Ecological Sciences in Bengaluru, says Goa may be the next to face the disaster for ignoring  environmental precautions.

“Goa, of course, does not have Western Ghats which are so high as in Kerala, but I am sure Goa will also experience all sorts of problems purely because of greed for profits and a lax government in implementing the environmental norms,” he said.

Gadgil said he feels sad for the people of God’s Own Country where he had worked intensively for a year as the head of the committee set up by the Centre on the environmental protection.

Its three-fold task was to compile information on the biodiversity hotspot, develop a geo-spatial database and interact with government bodies and civil society groups.

The committee had recommended division of the Ghats into three zones to conserve them with different level of intensity. None of it yielded a positive response from the then Congress government of Oommen Chandy.

Gadgil said that ‘almost every political party had interest in scuttling our recommendations’ and that is how protests against his report made public in 2012 led to formation of another committee headed by scientist K Kasturirangan who effectively muted his panel’s recommendations by preparing a watered-down version in October 2013.

The ecologist says: “Political leaders resorted to false propaganda. Corrupt netas, hand-in-glove with one mafia or the other, sensed a sure slide in slush money. For instance, we found plenty of illegal mining quarries along the hilly tracts of Kannur and Pathanamthitta. They had the patronage of this political party or that religious group.”

Today, the high ranges on Kerala’s eastern belt bordering Tamil Nadu are among the worst affected. Landslides across two weeks have uprooted their trees, buried buildings along with people and dumped mounds of earth on the rivers.

Asked if rains were primarily the trigger, Gadgil said: “Not exactly. Kerala gets heavy rains over long spells like it did this monsoon too, but it experienced such a flood for the first time since 1924. Why? I would blame ecological degradation aided by mindless construction.”

He find a parallel in 2013 Uttarakhand when a multi-day cloudburst in June led rivers to breach their banks after debris from both sides blocked their course along the Himalayas.

“Obviously, it is human intervention adding to the havoc. On the Western Ghats, stone quarries were pollution the air and water, debilitating the topography. My panel had sought for devolution of powers, but they won”t permit.”

All the same, the government is keen on building more dams. The present Pirayi Vijayan region would quietly make moves to go ahead with a proposed hydel-power project in Thrissur district, famed for its waterfalls, even as resistance from the green activists would for it to speak for a consensus.

Gadgil said: “I am no expert on reservoirs. But I can say my own Maharashtra suffers from such construction lobbies. A Rs 21,000-crore dam got designed by contractors, not engineers!”