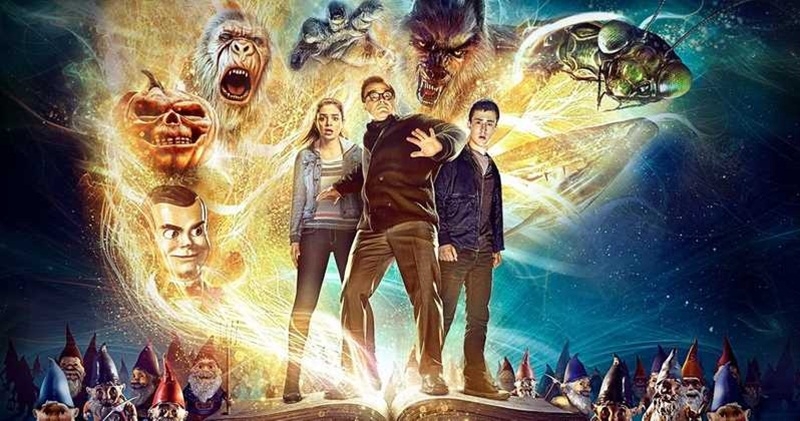 Teamwork and solidarity are the key takeaways in this funny and a tad frightening fantasy horror flick inspired by R.L. Stine’s popular book series of the same. And it’s all about siblings, single parents, bullies, monsters, and an evil puppet. I’m afraid I don’t remember the 2015 original in which Jack Black portrayed Stinem, but he (Black) returns in the same role in this sequel which revolves around an imaginary unfinished manuscript he wrote as a very young and aspiring author.

The ms is not so serendipitously found by two school boys, Sonny Quinn (Jeremy Ray Taylor) and Sam Carter (Caleel Harris) who earn pocket money hauling junk. As it happens, a junked trunk also yields a dummy named Slappy (voiced by Mick Wingert) which is animated by a spell the boys find in the book. At first, Slappy seems to be a friend in deed. But he is really, cast in the Satanic mould and shows his true colours when his expressed wish to be part of the family is turned down by Sonny’s sister, Sarah (Madison Iseman) who dreams of studying creative writing in Columbia University.

Slappy uses the same spell to resurrect all the Halloween creatures inside the homes and out on the lawns – ghouls, witches, spiders, a headless horseman et al – into monstrous weapons of destruction. Even innocent gummy bears are not spared. The film cleverly amplifies the unease children (and some adults too ) feel about Halloween monsters. When Stine eventually shows up, he tells Sarah that “one of the greatest fears” is a blank piece of paper. And then proceeds with some sound advice. I say, junk Halloween. Enjoy the film.