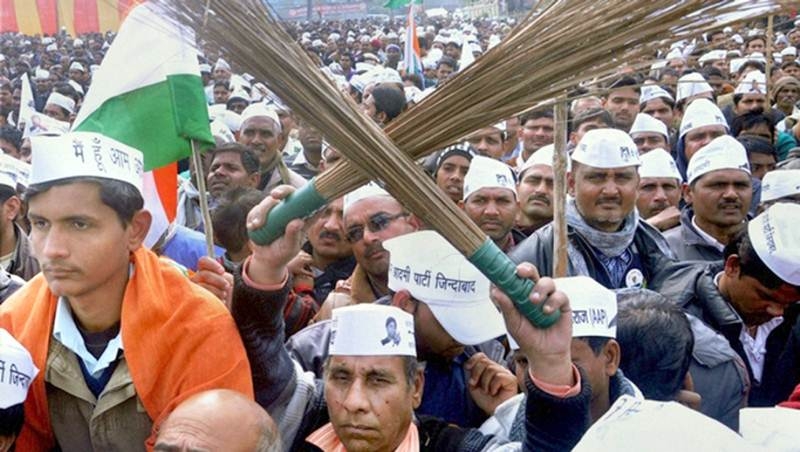 Panaji: The AAP is looking to capitalise on early declaration of its candidates on most of the Assembly seats in poll-bound Goa, when other political parties are still busy keeping their nominees under wraps.

AAP has already announced 15 candidates out of 40 constituencies in three different phases with the fourth list expected to be announced this week.

“It is naturally an advantage for the party when candidates are known to the voters much in advance. The voters get time to interact with the candidate and know him. There are a lot of questions that are in the minds of voters that they can ask the candidates,” AAP Goa spokesman Rupesh Shinkre told PTI.

The party organisation had begun door-to-door visit in the state which is now being taken ahead by the candidates in the fray, he said.

“Now people know who is their candidate. With the announcement of list in advance, the candidate gets enough time. We have completed 60-70 per cent door to door in almost all the constituencies,” he said.

AAP was the first party to formally launch its campaign in Goa with a mega public rally addressed by party’s national convener Arvind Kejriwal in May this year.

The list which has been announced till date has two women candidates –- architect-turned-politician Royla Fernandes and renowned dance cheoreographer Cecille Rodrigues.

Royla is contesting from politically-sensitive Benaulim constituency in South Goa, while Cecille is in the fray from Taleigao constituency, a fiefdom of former minister Atanasio Monserratte.

“When I approached voters as AAP candidate, the first worry they had on their mind was that once voted to power we will withdraw all the schemes,” Royla said, adding “we tell people that we will not withdraw the scheme but instead would strengthen them by removing corruption and fortifying them further.”

She said during door-to-door meetings, the voters usually have one general question “what difference will AAP make for us ?” Royla who has been the sarpanch of Benaulim panchayat claims that basic infrastructure is a major issue in this constituency, which hosted the BRICS summit recently.

“We convince people that electricity and roads are to be looked after by panchayat but as a legislator we will ensure that there are enough laws and powers for panchayats to do so,” she added.